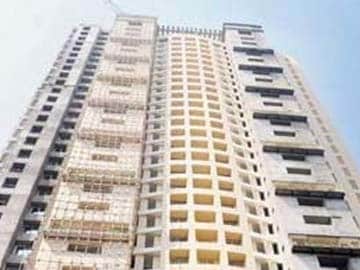 Mumbai: The Central Bureau of Investigation has completed its probe in the multi-crore Adarsh Society scam with the agency filing a second supplementary charge sheet in a special CBI court last month.

The agency is also preparing a Self Content Note (SCN) of the flat owners who were found ineligible to buy a flat in the society which will soon be handed over to the Maharashtra government.

"The charge sheet is filed against five accused, including one member and four financiers," a CBI official said today.

One of the society members died, hence he was not named in the charge sheet, said the official.

The flat of a Lieutenant Colonel-rank personnel was allegedly financed by Madan but since he is no more, the agency has named only Madan in the charge sheet.

LRPL was a shell company floated with a sole aim of allegedly financing 'benami' flat in Adarsh, the official said.

According to the charge sheet, LRPL received money from other five to six shell companies.

Interestingly, the address of one of the shell companies which allegedly financed LRPL is that of an
educational institution chaired by a state Cabinet minister.

The CBI said that they have not found any link of the involvement of the minister.

Meanwhile, the agency is preparing a SCN of the 27 flat owners who were found ineligible to buy a flat in the society.

The SCN will be handed over to state Chief Secretary.

Once the SCN on CBI findings is submitted, the state government can decide on the future course of action, he said.

"The state can decide on whether or not to cancel their membership," said a CBI official.

The official also said that the "loan availed by relatives of former state Chief Minister Ashok Chavan from a Pune-based builder were returned within few years after purchase of flat."

Promoted
Listen to the latest songs, only on JioSaavn.com
The 13 accused named in the first charge sheet of CBI, which includes Ashok Chavan, have been charged with criminal conspiracy, cheating and criminal misconduct under the Indian Penal Code, besides the Prevention of Corruption Act.

However, the CBI later moved the Bombay High Court saying that Chavan's name be dropped as Maharashtra Governor has not given sanction for his prosecution.
Comments
Central Bureau of InvestigationAdarsh Society scamcourtprobeAshok Chavan