Sushant Singh Rajput's death led to a deluge of tribute and recriminations on social media. 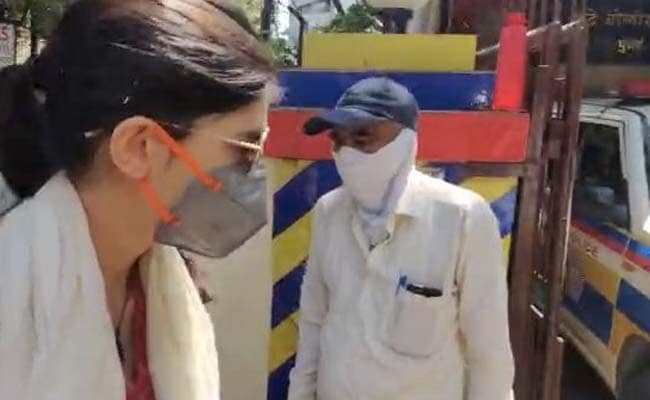 Actor Sushant Singh Rajput's last co-star Sanjana Sanghi today recorded her statement with the Mumbai police in investigations into his death. Sanjana Sanghi debuts in "Dil Bechara", which is releasing next month. The movie, based on American author John Green's bestseller "The Fault in Our Stars", is Sushant Singh Rajput's last movie. He was found dead at his Bandra apartment on June 14. Police said the 34-year-old star had killed himself.

The Maharashtra government is investigating allegations of professional rivalry along with his reported clinical depression.

Mukesh Chhabra, the movie's director and a close friend of Sushant Singh Rajput, has already recorded his statement in the case.

The police have taken the statements of several people including his friend Rhea Chakraborty, his family members and close aides.

Rhea Chakraborty gave her version on June 18, four days after his death.

Days after the actor's death, Maharashtra Home Minister Anil Deshmukh had said on Twitter that the police would investigate the cause of his depression. "While the post mortem report says the actor committed suicide by hanging himself, there are media reports that he allegedly suffered from clinical depression because of professional rivalry. Mumbai Police will probe this angle too," he had tweeted.

Sushant Singh Rajput made his Bollywood debut in 2013 with the film "Kai Po Che" and went on to do several films, including "PK", "Kedarnath", "Sonchiriya" and "Chhichhore". "Dil Bechara" is scheduled to release online on July 24 on Disney+Hotstar.

In a tweet, former parliamentarian and Congress leader Sanjay Nirupam had alleged that the actor lost seven films in six months after his 2019 hit "Chhichhore". "The cruelty of film industry operates at a different level. This cruelty killed a talented actor," he had written in Hindi.

Acclaimed filmmaker Shekhar Kapur's tweet was also prominent among the posts that highlighted the actor's turmoil. "I knew the pain you were going through. I knew the story of the people that let you down so bad that you would weep on my shoulder. I wish I was around the last 6 months. I wish you had reached out to me. What happened to you was their Karma. Not yours," he tweeted.