A post-graduate in Hindi, Governor Acharya Devvrat has over 30 years of experience in academics and administration. 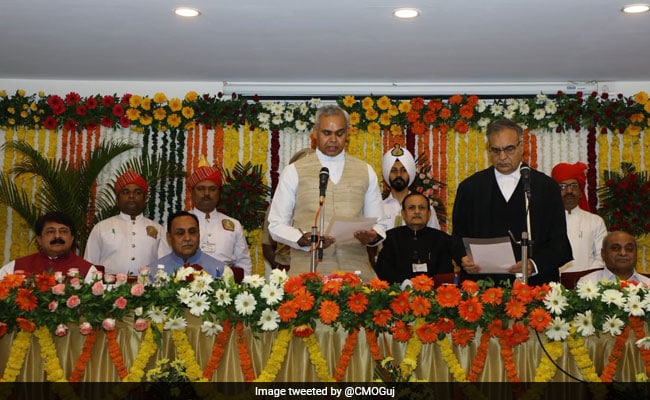 Acharya Devvrat, who is the 20th governor of Gujarat, took the oath in Sanskrit.

Acharya Devvrat was on Monday sworn in as the new governor of Gujarat. Mr Devvrat, 60, was administered the oath of office by Gujarat High Court's acting Chief Justice Anant S Dave at a function held at the Raj Bhavan.

Mr Devvrat, who is the 20th governor of Gujarat, took the oath in Sanskrit.

Before assuming charge as governor of Gujarat, Mr Devvrat held the gubernatorial post in Himachal Pradesh.

Mr Devvrat, who has been associated with the Arya Samaj, earlier served as the principal of a "gurukul" (traditional school) at Kurukshetra in Haryana.

A post-graduate in Hindi, he has over 30 years of experience in academics and administration.

He is known for his work towards spreading the Indian culture and Vedic values across the world, and promoting education for girls.