Dhanbad District Judge Uttam Anand, 49, was killed on July 28 when an autorickshaw rammed him while he was on his morning run. 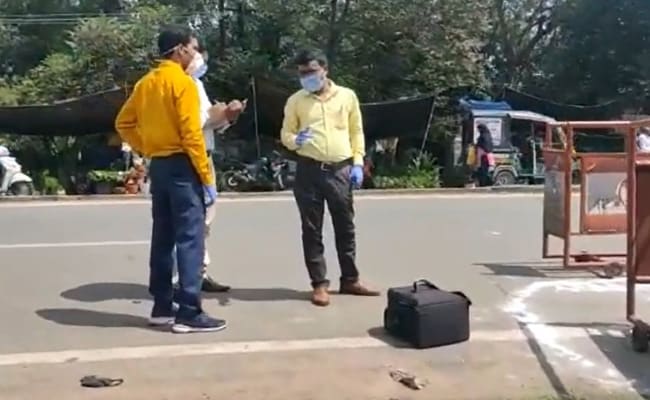 The CBI team is now interrogating the autorickshaw driver and his helper in New Delhi.

The CBI has dug up several new and crucial bits of information related to the alleged murder of a Dhanbad judge last month. This includes the fact that the accused persons had used stolen mobile phones to make several calls before committing the crime, sources in the CBI told NDTV.

Earlier, it was found that the two persons arrested in connection with the case, had used a stolen autorickshaw to carry out the alleged murder.

Dhanbad District Judge Uttam Anand, 49, was killed on July 28 when an autorickshaw rammed him while he was on his morning run.

What was first believed to be a hit-and-run turned out to be far more sinister as CCTV footage showed the vehicle going straight for the judge along a deserted stretch of the road and hitting him seemingly intentionally.

Judge Anand had been handling many cases of mafia killings in Dhanbad and had rejected bail requests from two gangsters. He was also hearing a murder case involving an MLA's close aide.

The Supreme Court took up the case on its own on July 30, saying it had "wider ramifications". The case was handed to the CBI which took over on August 4.

Earlier, on July 29, the Jharkhand police arrested two persons, auto driver Lakhan Verma and his helper Rahul Verma. The three-wheeler involved in the case was found to be registered in a woman's name.

The CBI team has now apparently found that the two accused had, on the night before the judge's killing, stolen three mobile phones from a railway contractor identified as Purnendu Vishwakarma.

They used the phones to make frequent calls, CBI sources said. However, the SIM card used to make the calls were those of the accused, the two have told interrogators in New Delhi.

Mr Vishwakarma had reported the theft at a local police station but the officials there failed to report the matter to their seniors. Constable Vijay Yadav, the officer responsible for this negligence, has since been suspended.

The accused have also confessed that after stealing the autorickshaw, they consumed alcohol and used other intoxicants near the Dhanbad police station before going to Mr Vishwakarma's residence to steal the phone handsets, sources said.

The two Vermas are now in CBI custody in New Delhi where they are being subjected to brain mapping and narco-analysis.