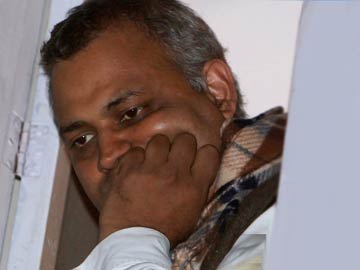 Delhi Law Minister Somnath Bharti, who has recently found himself in controversies, said his intentions were good.

New Delhi: Delhi Law Minister Somnath Bharti, who has recently found himself in controversies, today said his intentions were good but he was projected in "wrong way" and had he been "aware" of procedures, he could have avoided the wrangles.

Mr Bharti, an Aam Aadmi Party MLA from Malviya Nagar, is facing cases and criticism from political opponents for a midnight raid against some African women in south Delhi, where he had alleged a drug and prostitution racket was taking place.

"I am not aware of procedures. If I would have known them, I would not have made these alleged mistakes," Mr Bharti said while addressing lawyers on the eve of Republic Day at Saket district courts premises in New Delhi.

"I am doing things for you (common man). I went on raid at late night, risking my life," he said, referring to the midnight incident at Delhi's Khirki Extension, in the function organised by Saket Court Bar Association.

Criticising Delhi police, he said, "This is the job of police, but I personally went there. I am doing this because of concerns of people who have elected me as their representative.

"Many took me wrong. My intentions were good, but it is projected in a wrong way," the minister said.

"I am new to this system, so I may commit mistakes, but someone should come forward and guide me. This system has been formed by common people, so I would try my best to give them a corruption-free system," he said.

The minister, whose ouster from the Arvind Kejriwal Cabinet is being demanded by political opponents, criticised media and said his opponents were using news reports to "project" him in a "wrong manner".

"Reporters present here will go and give their reports, but the persons sitting above are closely associated with other political parties and it is they who project me in a wrong manner," he said.

Promoted
Listen to the latest songs, only on JioSaavn.com
The Law Minister said more Additional Public Prosecutors in all six district courts complexes should be appointed to fast-track trials.