Arvind Kejriwal was scheduled to leave for Denmark on Tuesday to attend the C-40 climate summit in Copenhagen. 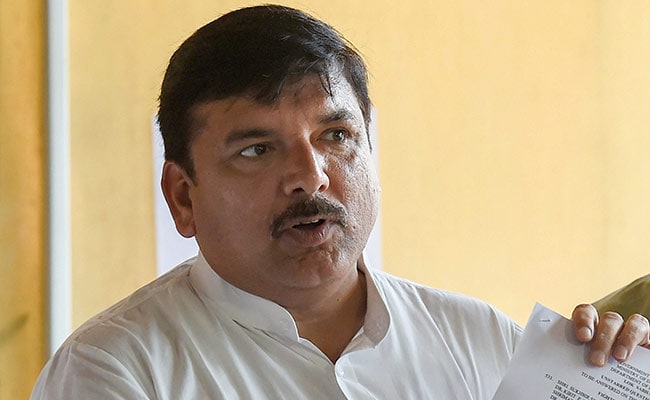 Arvind Kejriwal's only crime is that he was elected by people of the country, Sanjay Singh said (File)

The Aam Aadmi Party on Tuesday slammed the centre for denying Delhi Chief Minister Arvind Kejriwal permission to visit Denmark and address a climate summit, saying the decision is "not good" for democracy and the federal structure. Rajya Sabha MP Sanjay Singh further said the Modi government has hurt the image of the country with its move.

"This is unfortunate and beyond my understanding. Why is Modi Ji's government working with such hostility towards us?" Mr Singh was quoted by news agency ANI as saying.

"It was not Arvind Kejriwal's personal visit, he was not going for some fun but to explain to Asia's 100 city mayors, how the pollution of Delhi was reduced by 25 per cent. He was going to explain the benefit of the "odd-even" scheme. A good image of the country would have been presented there," he added.

He further said Mr Kejriwal had to cancel his scheduled talks with four mayors.

Mr Kejriwal was scheduled to leave for Denmark on Tuesday to attend the C-40 climate summit in Copenhagen. He was leading an eight-member delegation.

Chief Minister Arvind Kejriwal and the centre have been at loggerheads for the past five years over a host of issues, including power sharing. The AAP government alleges that the BJP-led central government stalls their welfare schemes through the Lieutenant Governor.

"The centre is fighting the problem of pollution, which is our only concern. We believe that people will not get confused by the claims of others who want to take credit," Union Minister Prakash Javadekar said.

Mr Kejriwal hit back with a sarcastic remark. "All credit to BJP for less pollution, for mohalla clinics, for less dengue cases, for constant power supply; urge them to ensure that stubble burning reduces too, stubble smoke from Haryana and Punjab negatively affects Delhi," he said.