"The Aam Aadmi Party has proved that the government can be run honestly. The AAP's Delhi government has given hope to the country," he said. 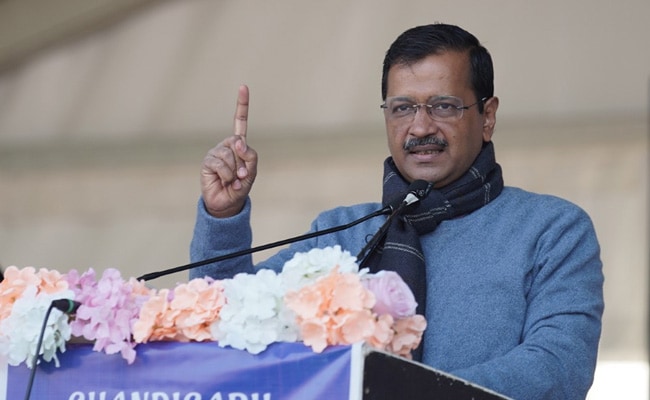 AAP will contest all seats in the state assembly polls in Punjab, Uttar Pradesh, Uttarakhand and Goa.

The Aam Aadmi Party has proved that government can be run honestly and has given hope to the country, Delhi Chief Minister and AAP national convenor Arvind Kejriwal said on Sunday as he asked his party workers to immediately start canvassing in poll-bound states.

In a virtual address, he instructed his party workers to start door-to-door campaigns showcasing his government's work in the national capital and asked them to follow all COVID-19 safety protocols.

The motive behind the entire exercise is not just to gain power by winning elections but to bring a fundamental change in the "dishonest and corrupt system".

He also asked his party workers to start campaigning for the elections on social media, saying the AAP government, with its work in Delhi in education, healthcare and other sectors, has shown that change is possible.

"These parties have always told us that it is not possible to contest and win elections honestly, run a government with honesty. The Aam Aadmi Party has proved that elections can be fought honestly and won also.

"The Aam Aadmi Party has proved that the government can be run honestly. The AAP's Delhi government has given hope to the country," he said.

The party will contest all seats in the state assembly polls in Punjab, Uttar Pradesh, Uttarakhand and Goa.

The assembly elections in these four states and Manipur will be held between February 10 and March 7 in seven phases with the counting of votes on March 10, according to the schedule announced by the Election Commission on Saturday.

Mr Kejriwal said a team of at least 10 party workers per booth will be constituted for carrying out door-to-door campaigns in the poll-bound states. These teams will take the party's message to everyone living in their respective areas.

"As and when you reach somebody's home, first of all ask for their well-being. If they need anything, help them. For us poll campaigns should be an opportunity to serve (people)," he said.

Mr Kejriwal asked his party workers to reach every elector during the door-to-door campaign, giving them a clear instruction that they must not indulge in "abusing" other parties' leaders and supporters.

The AAP national convenor urged party workers to take one-month leave from their work to participate in poll preparations.

"Bringing a complete change is not easy... We will have to work hard. It's like a freedom struggle. We fought against the British. Today, we have (to fight against) an entirely corrupt system, big parties who have a lot of money," he said, exhorting party workers to take a vow that they would not sleep peacefully until "the corrupt system" in the country is completely rooted out.