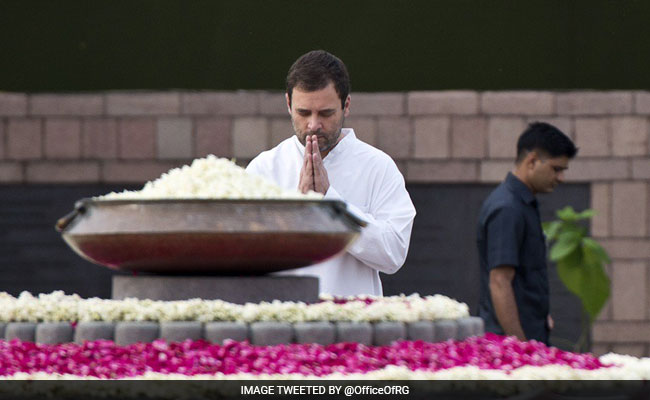 New Delhi: Ahead of Punjab Assembly elections, the Aam Aadmi Party (AAP) today attempted to put Congress in the dock over a tweet quoting Rajiv Gandhi's controversial statement on 1984 anti-Sikh riots, accusing the party of "rubbing salt" on the wounds of the victims.

The West Bengal unit of Congress has, however, claimed that its Twitter handle was hacked by someone who posted the tweet to malign the party and Rajiv Gandhi, and said it will file a police complaint.

Lashing out at the Congress, AAP leader Kumar Vishwas alleged that the party is "shamelessly" propagating the statement of Rajiv Gandhi that "when a big tree falls, the ground shakes" and it would be the "last nail in its coffin".

"After the 1984 anti-Sikh riots, the then Congress government's silence was unrepentant. The statement of Rajiv Gandhi itself was very shameless. But the Congress leaders are shamelessly propagating it. This is mean and hateful. Instead of healing the wounds (of the victims), they are rubbing salt. This is emotionless and inhuman. For an arrogant Congress, this statement will be the last nail in the coffin," Mr Vishwas said.

The West Bengal unit of Congress was today left red faced after the controversial comment made by Mr Gandhi following the Sikh riots was posted from its the official Twitter handle on the former prime minister's birth anniversary.

The tweet on West Bengal Pradesh Congress Committee (WBPCC) Twitter handle said, "When a big tree falls, the ground shakes #BharatRatnaRajivGandhi." It was later removed by the WBPCC.

Rajiv Gandhi had made the comment following the anti-Sikh riots which broke out after the assassination of Indira Gandhi in 1984. The comment had created a major controversy.

The AAP is in a triangular contest in Punjab with the Shiromani Akali Dal and Congress in the fray.
Comments
Aaam Aadmi Partyaam aadmi party and congressrajiv gandhi anti-sikh riots commentanti-Sikh riots in Delhianti-sikh riots