A Recipe For "Kheer" Sets Off Political Realignment Buzz In Bihar

Upendra Kushwaha, a minister in Prime Minister Narendra Modi's cabinet, had been getting feelers from Lalu Yadav's party. 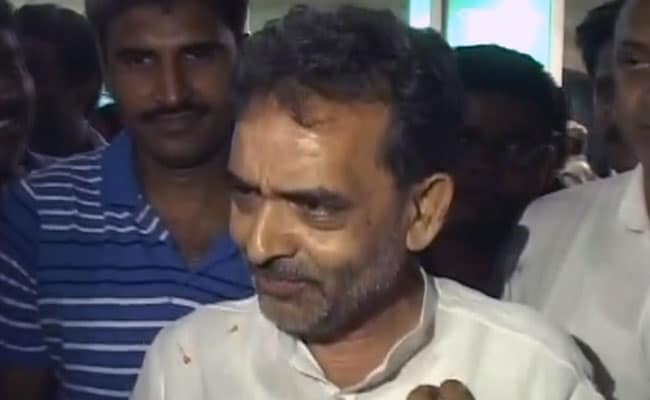 The main course for next year's national elections - seat sharing - undecided in Bihar, BJP ally Upendra Kushwaha has dessert on his mind. And his recipe for "Kheer" has started off a buzz - one that has brought a festive air to Lalu Yadav's camp.

Mr Kushwaha, a minister in Prime Minister Narendra Modi's cabinet, had been getting feelers from Lalu Yadav's party. So far, he had resolutely rebuffed them.

But on Saturday, addressing a function to mark the 100th birth anniversary of BP Mandal -- former Bihar chief minister who wrote the famous Mandal Commission report that recommended 27 per cent reservation for Other Backward Classes -- he said: "One can prepare kheer with milk from the Yadavs and rice from the Kushwahas". While Yadavs are traditionally known for rearing cows, the Kushwahas are primarily agriculturists.

"We will get the sugar from Brahmins, Tulsi from Choudharyji (RLSP Bihar chief Bhudev Choudhary), and can make delicious kheer with the dry-fruits from the backward classes and Dalits. Then we can relish the delicious kheer together," Mr Kushwaha told the gathering.

The minister's sweet outreach was seen as one that would ensure a larger share of seats for his party. His current alliance is unlikely to improve on its last time's tally of three.

Mr Kushwaha's party also has other demands, which the BJP has been silent on: a slot as the NDA's chief ministerial candidate in the next assembly elections in the state. The Kushwahas, they point out, comprise 10 per cent of Bihar's electorate -- the largest votebank after the Yadavs.

The minister is also supporting some issues -- including representation of all castes in judiciary - that coincide with the opposition line.

The response from Tejashwi Yadav was prompt. "Without a doubt, hard-working people need tasty and healthy kheer. The qualities of the five dry fruits are not just beneficial for the human body but also the society. A kheer made with love has nutrition, taste and energy. It's a good dish," tweeted Mr Yadav, who has been managing the party since his father Lalu Yadav went to jail on a corruption case.

Bihar BJP chief Nityanand Rai, however, said neither milk nor rice belongs to any caste. Everything belongs to nation, he reminded Mr Kushwaha.

The talk of caste was started back in June by Tejashwi Yadav, who at a party meeting had said the NDA was giving "step-motherly treatment" to Mr Kushwaha.

"The BJP, along with Nitish Kumar, tried to split your party. You come from a larger OBC caste, but despite that no one was made cabinet minister, while from one caste, there are more than a dozen cabinet ministers," the 28-year-old had said.

At the time, Mr Kushwaha had questioned RJD's credibility and said he was going nowhere.