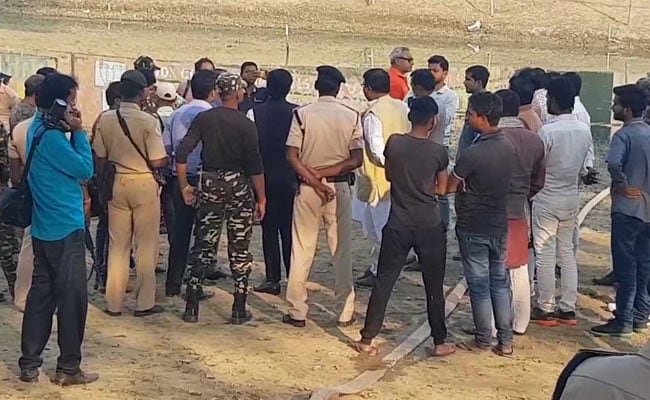 The Bihar Police on Tuesday said 11 people have been arrested, including the main accused, in connection with the death of 82-year-old Zainul Ansari, killed by a mob in Sitamarhi town over a month ago.

The announcement came hours after Rashtriya Janata Dal leader Tejashwi Yadav accused the state government of inaction to shield the guilty. On Monday, he had accused members of the BJP and its ideological mentor, the Rashtriya Swayamsevak Sangh or RSS, of being behind the killing.

"The people of RSS and BJP charred a man to death. We have proof that the administration stayed mum while the old man was being lynched. The act was sponsored by the administration who tried to brush it under the carpet," Mr Yadav, who is the leader of opposition in the Bihar Assembly, had said yesterday.

Zainul Ansari was killed on his way back from his sister's place on October 20, a day after a clash broke out between two groups near the Gaushala Chowk area on the outskirts of Sitamarhi, about 135 km north of state capital Patna, after rumours that stones were pelted on a religious procession. His family says when he was told about the communal disturbance in the area, Zainul Ansari had told them nobody would touch such an old man.

The 82-yearold was first hacked and then burnt at Gaushala Chowk.

The family found out about his murder only after four days, through a picture which had gone viral.

The Bihar Police, however, for almost three weeks refused to act, and said his half burnt body was thrown at Gaushala Chowk. But when pictures of Zainul Ansari's body being dragged and then set on fire were sent to higher authorities, the police took action.