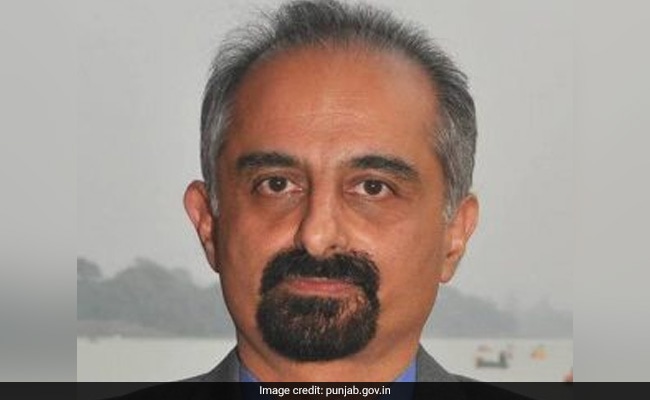 Ten Congress legislators on Wednesday demanded a probe against Punjab Chief Secretary (CS) Karan Avtar Singh, a day after he was stripped of his additional charge of Financial Commissioner-Taxation.

A Punjab minister, eight other ruling party MLAs and an MP are blaming the state's senior-most bureaucrat for alleged excise revenue losses. Some of them also alleged that his family has a "personal interest" in the department.

The crisis was triggered by a showdown Saturday between two ministers and the chief secretary at a meeting where the state's post-lockdown excise policy was being discussed.

Gidderbaha legislator Amrinder Singh Raja Warring also asked the chief minister to remove the bureaucrat from the post of chief secretary so that the he does not influence an inquiry.

Chief Secretary Karan Avtar Singh was relieved Tuesday night of his charge as financial commissioner, a day after ministers Manpreet Singh Badal and Charanjit Singh Channi declared that they would not attend any meeting in which he participated. But the move failed to defuse the crisis.

In a tweet on Wednesday, Mr Warring asked the chief minister to order an inquiry against the chief secretary for a revenue loss of "over Rs 600 crore".

Jails minister Sukhjinder Singh Randhawa backed the demand, saying a probe will ensure that someone is held responsible for the "revenue loss" in the excise department over the past three years.

Qadian MLA Fatehjung Singh Bajwa tweeted that a media report has suggested that his family had a "personal interest" in the excise department.

"Justice should be delivered to general public," tweeted Mr Bajwa, who is the brother of Rajya Sabha MP Partap Singh Bajwa.

Partap Singh Bajwa too asked Amarinder Singh to act against the chief secretary.

"If you do not allow for a fair probe, Punjabis will continue to question our government in the state on its record on corruption. We must lead the way in ensuring transparency," the Congress MP tweeted.

"Call for an independent investigation into conflict of interest allegations immediately," he added.

After Saturday's showdown between the chief secretary and the ministers, Mr Warring had also alleged that the bureaucrat's son has an undeclared business interest in a Punjab distillery.

The finance minister later told reporters then that the "behaviour" of Karan Avtar Singh before the cabinet, his "body language" and the manner in which he talked did not behove the chief secretary''s office.

The additional charge with the chief secretary was handed over to Principal Secretary (Water Resources) A Venu Prasad on Tuesday night.

Karan Avtar Singh is a 1984-batch IAS officer who was handpicked by Amarinder Singh in 2017 for the chief secretary's post. He is due to retire in August.