According to the State Disaster Management Authority, a total of 4,352 houses in the two districts remained marooned. 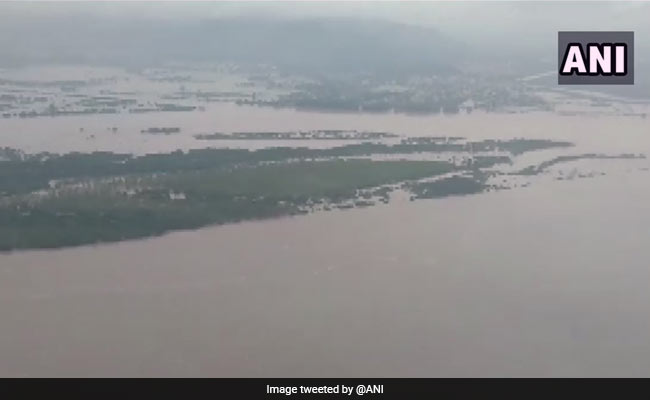 In Krishna and Guntur districts, 24 villages were completely inundated by the flood.

Tens of villages and hundreds of acres of farm land remained under a sheet of water in Krishna and Guntur districts even as the flood fury in river Krishna was abating, while the toll in the deluge climbed to two with the death of an 11-year-old girl.

The body of the girl who drowned in the swollen river in Krishna district on Friday was recovered by NDRF personnel.

A farmer too met with a watery grave in Guntur district on Friday, the State Disaster Management Authority said. After touching a maximum of 8.21 lakh cusecs in the early hours of the day, the flood discharge at Prakasam Barrage in Vijayawada has fallen to 7.99 lakh cusecs at 10 am while the inflow remained steady at 7.57 lakh cusecs, the State Real-Time Governance Centre said.

Even the discharges from upstream reservoirs showed a declining trend but the travails of more than 17,500 people in 87 villages under 32 mandals in Krishna and Guntur districts may continue for the next two days.

In the two districts, 24 villages were completely inundated by the flood.

In all 11,553 people in the two districts have been moved to 56 relief camps where food and drinking water are being provided.

In the Lanka villages along the river course, people are reluctant to move out of their houses despite the flooding, reminding of the scenario during the massive floods in 1998 and 2009.

According to the State Disaster Management Authority, a total of 4,352 houses in the two districts remained marooned. In river Godavari, there was a marginal drop in the flood intensity with inflow at Sir Arthur Cotton Barrage at Dowaleswaram falling to 7.46 lakh cusecs.

The Tadepalli mandal tehslidar served a notice on Leader of Opposition N Chandrababu Naidu asking him to vacate the rented bungalow on the Krishna river bank at Undavalli in view of the heavy flood.

Mr Naidu was away in Hyderabad and, as such, the notice was handed over to the security personnel at the bungalow.

State Governor Biswabhusan Harichandan conducted an aerial survey of the flood-hit areas of Krishna while ministers visited the marooned localities in Vijayawada city and supervised the relief measures.