The girl's father informed the police that school manager, Anup Kumar Yadav had got the gate constructed six months back using cheap material. 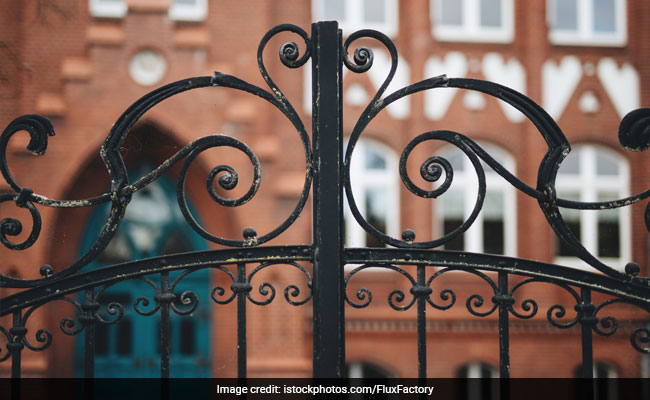 The student was entering the building in the morning when the accident occurred. (Representational)

An eight year-old girl died after the gate of her school fell on her in Baitalpur area of Deoria district today, police said.

Harshita, a student of upper KG in Career Academy school was entering the building when the accident occurred in the morning.

The victim's father, Santosh Mishra, who works as an auto driver in the school took her to a hospital where doctors declared the girl brought dead.

Despite his complaints, no action was taken to fix the gate, Mr Mishra said as he blamed Mr Yadav's "negligence" for his daughter's death.

A case was registered against Mr Yadav who has gone missing after the incident. The police have launched an operation to nab him.

"The body of the girl was sent for post-mortem and a case under Section 288 (negligent conduct with respect to pulling down or repairing buildings) and 304 A (punishment for causing death by negligence) of the IPC has been registered against the school manager," SO, Gauri Bazar police station, PS Yadav said.