Farmers Protest: Kashmir Singh Ladi's body was found inside the toilet at the protest site, along with a note believed to have been written by him. 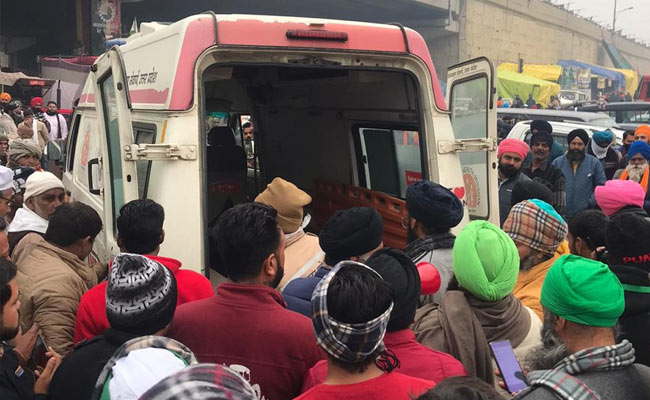 Farmers Protest: Kashmir Singh Ladi has been protesting at the border.

A 75-year-old man from Uttar Pradesh was found dead today at a farmers' protest site on the Delhi-Ghaziabad border. While the police probing the case, those at the site say a note written by the dead man, Kashmir Singh Ladi, has been found in which he has expressed his frustration over the stalemate in talks with the government over the new agricultural laws that the farmers want repealed.

Mr Ladi's body was found inside the toilet at the site, along with his note in which he has held the central government responsible for his death, according to the Bharatiya Kisan Union.

"Till when shall we sit here in the cold? This government isn't listening at all. Hence, I give up my life so that some solution emerges," Mr Ladi's note reportedly says. It also wants his grandsons to perform his final rites at the protest site itself.

The note is now with the police.

Along with him, Mr Ladi's son and grandsons, too, have been participating in the protests at the Delhi-Ghaziabad border. He hailed from the Bilaspur area of Uttar Pradesh's Rampur district.

Several farmer deaths have been reported from the protest sites around Delhi since the agitation began over a month ago. While some farmers reportedly succumbed to extreme weather conditions, some died by suicide.

Thousands of farmers have camped in and around Delhi protesting the three new agricultural laws passed by Parliament in September, which they fear will severely curtail their bargaining power even as corporate giants gain the upper hand.