Raipur: Within hours of the arrest of nine men today, the Chhattisgarh Christian Forum released a cellphone video to the media, claiming it contained the footage of Sunday's attack on a church in Raipur.

Forum President Arjun Pannalal has claimed around 25 slogan-shouting men of Bajrang Dal had barged into the church premises during a prayer meeting, beaten up men women and children and vandalized the church. Around 65 worshippers were present at the time.

This morning, the police however, claimed the arrested men did not belong to any party or group. 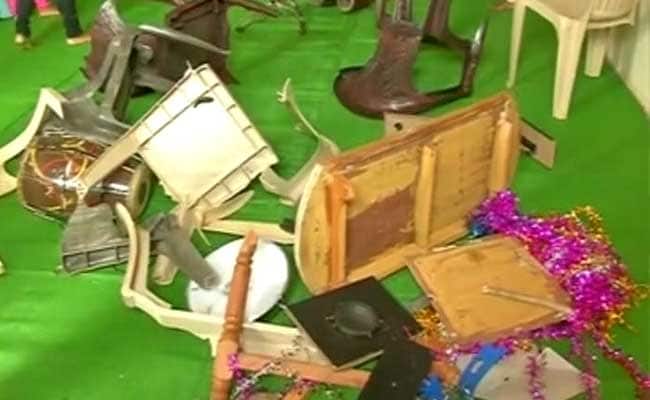 Around 25 slogan-shouting men had barged into the church premises during a prayer meeting on Sunday, beaten up men women and children and vandalized the church.

The arrests were made after the victims had identified the attackers, who were all local men. The police have said another seven to eight persons are likely to be arrested soon.

The arrests were made after the police tracked the men through three motorbikes they  police had seized from the spot.

The Union home ministry has asked for a report on the incident. "The administration has taken action and the culprits will not be spared," said junior home minister Kiren Rijiju.

"They started damaging everything and tore up the women's clothes... They also knocked down a child... When the police came, they ran away," Mr Pannalal, who also filed the complaint with the police, had told the media.