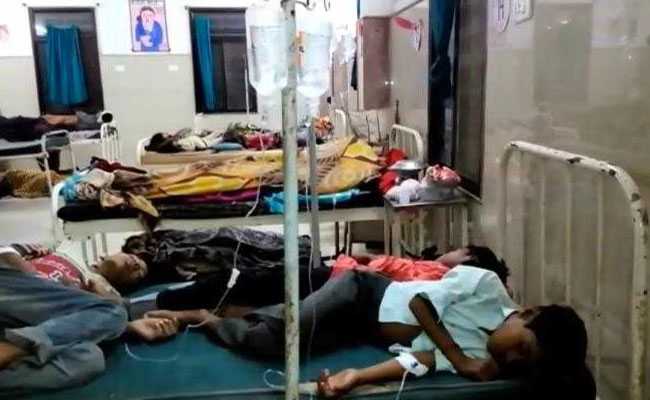 As on December 11, the total number of hospital admissions were 4,92,073. (Representational)

The health ministry has identified 68 "fake" mobile applications and 54 websites spreading false news about the government's flagship healthcare scheme Ayushman Bharat and has lodged FIR against their owners.

"Consequently, 62 out of 68 fake mobile applications have been closed and 23 out of 54 fake websites have been either blocked or shut down," Minister of State for Health, Anupriya Patel told Lok Sabha on Friday while replying to queries on the issue.

She said that the fake entities trying to spread misinformation about Ayushman Bharat- Pradhan Mantri Jan Arogya Yojana (AB-PMJAY)  are being proactively monitored.

"So far a list of 68 fake mobile applications and 54 websites on internet spreading false news about PMJAY has been compiled," Ms Patel said.

"Filed an FIR against such entities," she added.

Ms Patel said that the government has also issued public advisory on the official website to inform citizens about such fake entities and their list has been shared with authorities concerned including chief information security officer of India, Ministry of Home Affairs and Ministry of Electronics and Information Technology, requesting them to take necessary action against these entities.

Responding to a question, Ms Patel said that some private health care providers have requested to increase the package rates. States have the flexibility to decrease the rates or increase up to 10 per cent or adopt rates as per the existing state scheme depending on their suitability.

She also informed that 33 states and UTs have signed the MOUs  for implementing the scheme. Odisha, Telangana and Delhi are yet to adopt the scheme.

Ms Patel informed that around 7.64 crore beneficiaries have availed the scheme till December 10 and Rs 817.73 crore have been released to the states and UTs.

The minister said that PMJAY is still in its implementation stage and at present its benefit packages do not cover AYUSH system of Medicine.