65,000 People Affected From Floods in Assam 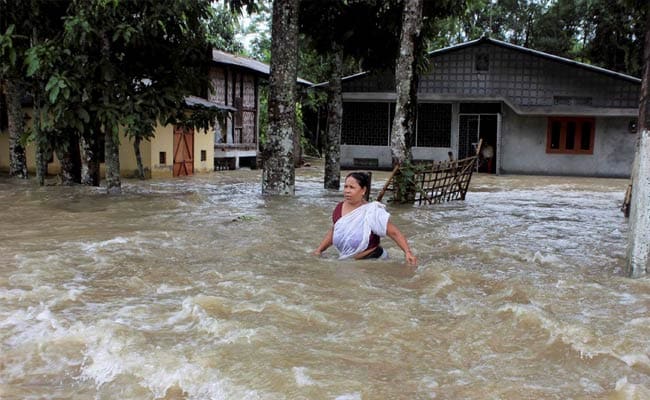 155 villages have been affected due to the floods.

Dispur: 65,000 people in over 155 villages have been affected due to the incessant rains and floods in the state.

Assam State Disaster Management Authority (ASDMA) said in its flood report today that the affected villages are in Dhemaji, Lakhimpur and Sonitpur districts.

Sonitpur district bore the brunt of the disaster with nearly 50,000 people suffering, followed by Lakhimpur with over 13,000 people being affected, it said. Over 1,600 hectares of crop areas are under water.

Authorities have opened seven relief camps in Sonitpur, where 7,712 people are taking shelter.

At present, is flowing above the danger mark at NT Road crossing in Sonitpur, ASDMA said. Flood situation at Gohpur sub-division of Sonitpur district have worsened as heavy rains lashed adjoining areas in Arunachal Pradesh since last night.

Officials said the railway tracks at Magoni Rahdhola were damaged by flood waters.

Will Work For The Party, Says Actor Mithun Chakraborty At BJP Office