64-Year-Old US Paraglider Stranded At 4,200 Feet In Himachal, Rescued 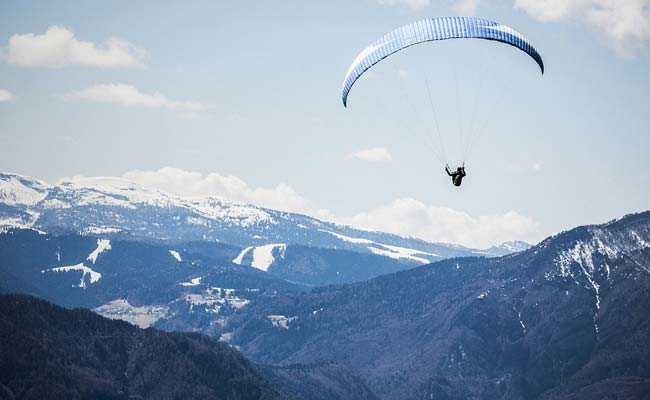 A 64-year-old US national, who got stranded on a snow-covered mountain range in Himachal Pradesh while paragliding, was rescued by a helicopter team on Tuesday after being marooned for nearly 40 hours at 4,200 feet, officials said.

Mr Kumar said a local youth, Rahul, was "para dropped from the helicopter and he secured McGowan to be airlifted".

"The youth stayed back as the helicopter could take one person at a time," he said.

Rahul was airlifted by the helicopter on its second sortie, the DC said, adding that the US citizen will be taken for medical check-up to Baijnath.

"Kudos to him (Rahul) and the other team members", who helped in rescue the stranded paraglider, he said.

McGowan got stranded around 5 pm on Sunday while he was paragliding over the mountain range above Uttarala village. He was rescued Tuesday around 11:45 am, Mr Kumar said.

Officials said as per available information, McGowan took off from Bir Billing on Sunday and got stranded at a height of 4,200 meters on the snow covered Uttarala Mountain of the Dhauladhar range.

He had to land due to a decrease in pressure on one side of his parachute. This sent him spinning down and he crashed on the mountain. However, because of a thick layer of fresh snow, he landed safely, they said.

On Monday, McGowan communicated his situation through radio to the manager of a hotel where he was staying.

The manager, in turn, informed authorities about him, they said, adding that McGowan could only be rescued by deploying a helicopter.

The helicopter, however, could not been able to reach Baijnath on Monday due to bad weather, but on Tuesday it reached and rescued the US citizen.

"If It Comes Early...": Maharashtra Experts On Timing Of Covid 3rd Wave