6 Killed In Separate Incidents Of House, Wall Collapse Due To Heavy Rain In UP

According to meteorological department, Pratapgarh and Ayodhya received 20 cm rainfall in the last 24 hours. 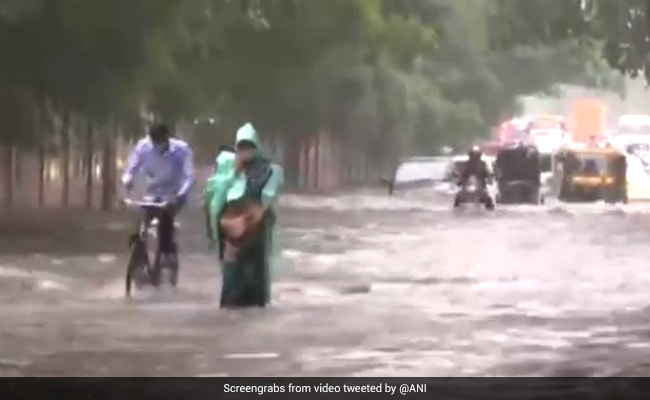 The heavy downpour resulted in waterlogging at several places and caused inconvenience to people.

Six people were killed in incidents of house and wall collapse in Fatehpur, Pratapgarh and Kaushambi districts of Uttar Pradesh due to heavy rains, police said on Thursday.

According to meteorological department, Pratapgarh and Ayodhya received 20 cm rainfall in the last 24 hours. The heavy downpour resulted in waterlogging at several places and caused inconvenience to people.

In Fatehpur district, two people were buried under the rubble of their ''kutcha'' house after it collapsed in Mohammadpur Gaunti late on Wednesday night, police said. Tiya (18) and her sister Muskaan (3), daughters of Rakesh Lodhi, died on the spot, SHO of Sultanpur Ghosh Police Station Arvind Kumar Gautam said.

In another incident in the district, a couple and their daughter Komal (2) were sleeping when their ''kutcha'' house collapsed in Mardaha village on Wednesday night, senior police official Kalyanpur Police Station, Amit Kumar Mishra said.

The neighbours rushed to their rescue but could not save the girl, the SHO said, adding that the couple sustained injuries and was admitted to a government hospital.

In Pratapgarh district's Gode village under Kotwali Police Station area, one person was killed and three others injured when the wall of a house collapsed while they were sleeping.

Inspector-in-charge of the police station, Ravindra Rai said Ramzan (18) died in the incident while his sister and her two children were injured and admitted to a hospital.

In Kaushambi, a woman was killed and her husband injured when their house in Birner village in Sarai Akeel area collapsed due to heavy rains on Wednesday evening. While Murdi Devi (62) died during treatment, condition of her husband Prem Narain (65) was stated to be stable, police said.

In the state capital, waterlogging was reported from several places due to the heavy rainfall since Wednesday night.

Rainwater entered the office of the Lucknow Municipal Corporation and trees fell at various places while some roads caved in too.

He also asked people to remain cautious about open sewer, electricity wires and poles, and inform integrated control centre in case of waterlogging, felling of trees and power breakdown.

UP Heavy rainsix killed in UPWall Collapse Due To Heavy Rains