This is the second accident involving mortars in a week. An army solider lost his life and six were injured last week during a practice session in Arunachal Pradesh's Tawang. 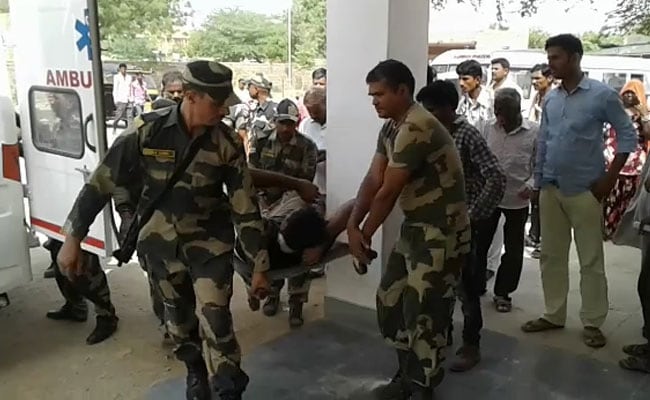 A mortar blew up during a practice session at the BSF's firing range in Kishangarh, injuring 6 personnel.

The troops were participating in a firing exercise at the Kishangarh firing range started in 2012 when a 51 mm mortar shell blew up short of its target. The incident took place at about 8.30 a.m. A BSF officer in Delhi said all nine have been airlifted to Jodhpur by late afternoon. The condition of two jawans, earlier reported to have been critical, has improved and are out danger, he said.

The army too lost a soldier last week after a mortar shell exploded short of its target at a firing range near Arunachal Pradesh's Tawang. Six soldiers were also injured in this incident.

Tuesday's incident is the third reported accident this year involving mortars at a firing range of the BSF that guards India's border with Pakistan and Bangladesh.

A bigger and more powerful, 81 mm mortar, was accidentally blown up in January this year when BSF personnel were practising at the firing range. Two soldiers had lost their lives in this accident and three more, including an officer, were injured.

Promoted
Listen to the latest songs, only on JioSaavn.com
Another accident took place in March when a 51 mm mortar blew up, injuring four personnel. A few days later, six men of the border guarding force were injured in similar circumstances during mortar firing exercise in Jharkhand's Hazaribagh.

Manufactured by the government-run Ordinance Factory Board, a 51 mm mortar has a maximum range of about 800 metres and is built to function in sub-zero as well as high temperatures.
Comments
BSFKishangarhfiring accidentBSF injured