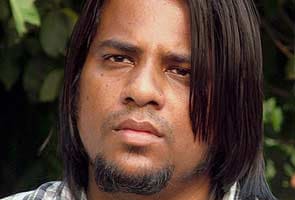 Ratnagiri: A couple has been arrested for allegedly duping around two lakh investors from seven states of nearly Rs 500 crore by promising them high returns on their investment through their firm dealing in stock market, police said today.

"Till date we have received 14,303 complaints in Delhi but during investigations we found that there were about 2,05,062 investors who had invested Rs 10,000 or more totalling an investment of about Rs 493 crore in M/s Stock Guru India," he said, adding that the duo was managing to evade arrest by hiding in Moradabad, Dehradun, Alwar, Nagpur and Goa.

In Ratnagiri, the couple was living under the false names Sidhharth Jay Marathe and Maya Marathe, along with their three children.

Giving details of their modus operandi, Goel said, they had floated Stock Guru India in 2010 under false identity of Loskeshwar Dev and Priyanka Saraswat Dev.

The couple lured several people to invest in the firm promising them highly lucrative returns of 20 per cent per month up to six months on the principal amount followed by a subsequent refund of the principal amount in the seventh month, through prudent and source based investments in the share market, he said.

The scheme to induce public at large was quite elaborate with conferences and distribution of very attractive brochures in five-star hotels all over India, the officer said.

"They also had multiple agents across the country who mobilised funds on their behalf. But instead of returning their investments as promised, the duo suddenly shut down their office and escaped with all the collected funds," he said, adding that first case was registered in June last year and subsequently many more victims lodged their complaints.

The couple had 94 accounts in 20 different banks with 13 different names, 12 properties -- including eight flats in Dwarka in Delhi, one each in Bhiwadi, Alwar and Moradabad and a villa in Goa.