4G Internet In J&K: The relaxation will not be in any area adjoining the International Border or the Line of Control, the centre told the top court. The areas which will get the 4Ginternet will be those which have a low intensity of terrorist activities, the centre said. 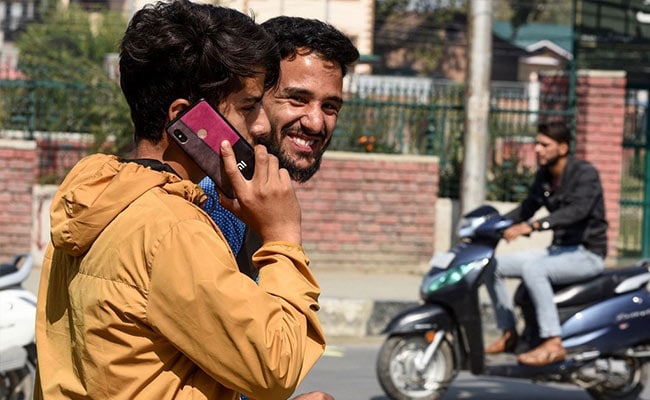 High speed Internet service in Jammu and Kashmir has been suspended since last August. (Representational)

4G internet services will be allowed on a trial basis in one district each in Jammu and one in the Kashmir valley after August 15, the centre told the Supreme Court today, adding that a special committee has made this decision.

The relaxation will not be in any area adjoining the International Border or the Line of Control, the centre told the top court. The areas which will get the 4G internet will be those which have a low intensity of terrorist activities, the centre said.

The government will review the situation after two months, it said.

Attorney General KK Venugopal representing the centre made the statements on restoring 4G on a trial basis. The Attorney General said the internet restrictions are not posing any hindrance to coronavirus care, education or business in the union territory and that given the current security scenario, the situation is not yet conducive to restore high-speed internet access to mobile phones.

On Friday, the Supreme Court had asked the Jammu and Kashmir administration to explore the possibility of restoring 4G services in certain areas. A three-judge bench of Justices NV Ramana, R Subhash Reddy and BR Gavai heard the case today through video conferencing.

The GC Murmu-led J&K administration has faced controversy over its opposition to restore 4G internet services in Jammu and Kashmir. It has cited increased terror activity as the reason behind its move in the Supreme Court in response to petitions seeking restoration of high-speed internet.

An NGO called Foundation for Media Professionals had approached the Supreme Court for contempt action against the Jammu and Kashmir administration and the centre for not implementing the top court's orders in restoring 4G internet services.