47 Per Cent COVID-19 Deaths In India Aged Below 60 Years: Centre

Addressing a press briefing, Secretary in the Health Ministry Rajesh Bhushan said about 70 per cent COVID-19 victims in the country have been men and 30 per cent women. 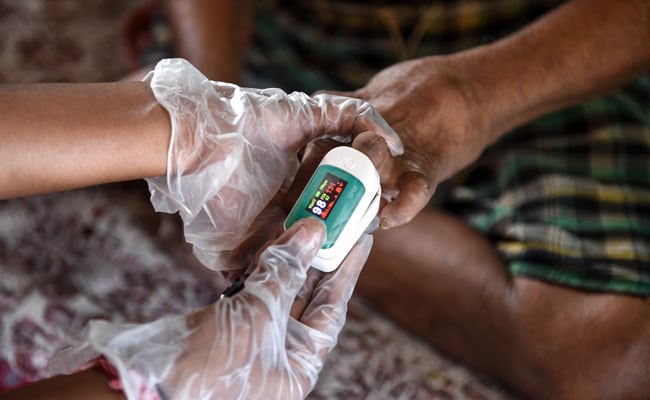 Coronavirus is a respiratory virus and these viruses attack more in winter, Health Ministry said.

About 47 per cent of the COVID-19 deaths in the country have been recorded among those aged below 60 years, the Centre said on Tuesday and cautioned against any laxity towards taking precautions, stating that respiratory diseases escalate in winter.

Addressing a press briefing, Secretary in the Health Ministry Rajesh Bhushan said about 70 per cent COVID-19 victims in the country have been men and 30 per cent women.

About 53 per cent of the victims were aged 60 years and above, he said, reiterating that elderly people and those with comorbidities are at high risk.

Providing data on the case fatality rate among different age groups -- with and without comorbidities -- he said in the age group of 60 years and above, 24.6 per cent of the victims had comorbidities while 4.8 per cent had no comorbidity.

In the age group of 45-60 years, 13.9 per cent of the victims had comorbidities while 1.5 per cent had no comorbidity.

Among the patients aged below 45 years, those with comorbidities accounted for 8.8 per cent of the fatalities while 0.2 per cent did not have any comorbidity.

The overall case fatality rate of people with comorbidities stood at 17.9 per cent and for those without comorbidities, it was 1.2 per cent, Mr Bhushan said.

He further said that there has been a decline in the cumulative, weekly and daily COVID-19 positivity rates, which stand at 8.07 per cent, 6.24 per cent and 5.16 per cent respectively.

He added that there are 8,38,729 active COVID-19 cases in the country currently and the number has been below nine lakh for the fifth consecutive day.

Presenting data, Mr Bhushan said there has been a "significant increase" in testing for COVID-19 and there is a continuous decline in the positivity rate.

The health secretary further informed that 14 states and Union territories have a higher tests per million figure and a lower positivity rate than the national average.

"Although the positivity rate is declining, it is very important to maintain the high numbers and level of testing," he said.

In view of the upcoming festivals and winter season, NITI Aayog member (Health) Dr VK Paul urged people to keep following a COVID-appropriate behaviour such as wearing masks and maintaining social distancing diligently, saying there is no reason to get lax if a stability in the number of coronavirus cases is observed.

He cautioned that fresh COVID-19 cases have increased in many countries with the arrival of winter.

Stating that a second peak is being witnessed in many countries and lockdowns are being imposed, Paul said some people are becoming lenient about following the dos and don'ts.

He said the coronavirus is a respiratory virus and these viruses attack more in winter.

People will be more prone to respiratory infections such as pneumonia and influenza in the coming winter months and festive season, he added.

Mr Paul appealed to people to wear masks mandatorily and stay away from gatherings, stating that scientific estimates have shown that the pandemic can be controlled up to 36-50 per cent in this manner.

ICMR Director General Dr Balram Bhargava said the council has decided upon a cut-off of 100 days for re-infection if it occurs, as antibodies are also assumed to have a life of four months, according to some studies. "It is still work in progress," he added.

In this context, the effectiveness of a vaccine will not be determined by minor "drifts", Mr Bhargava said.

Presently, the group is engaged in mapping the private sector facilities that could serve the needs of supplementing the cold-chain equipment.

Till two weeks ago, Kerala was not in the list and now, it is at the third spot, he said.

"We are conducting meetings with these states separately and forming strategies on how to fight COVID," Mr Bhushan said.