Combing operations are on in the dense jungles of Odisha's Kandhamal district to search for the group of 35-40 armed Maoists, armed with sophisticated weapons and heavy explosives 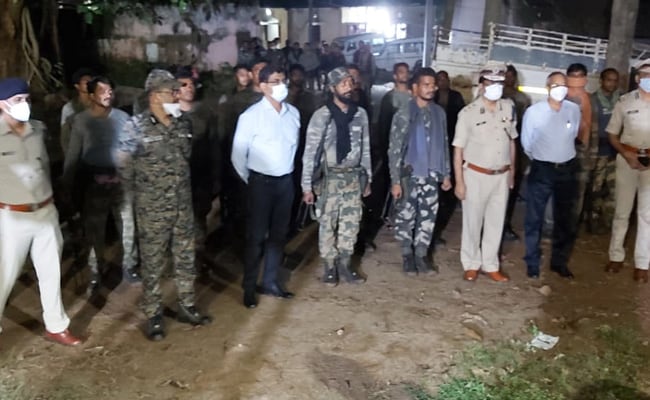 Four Maoists were killed in an exchange of fire with security forces in Odisha's Kandhamal district.

Four Maoists, whose identity is unconfirmed, were killed on Sunday in an exchange of fire with the security forces in Odisha's Kandhamal district. Combing operations are on in the dense jungle areas to search for the group of 35-40 Maoists, armed with sophisticated weapons and heavy explosives, the police said.

Top police officials told NDTV, "There was an exchange of fire between Maoists and SOG (Special Operations Group), DVF (District Voluntary Force) near Sirla village of Tumudibandha tehsil, some 300 km from Bhubaneswar."

"Security forces were fired upon and they fired back in self defence killing four Maoists. There are four casualties on the Maoists' side; some of them are injured. Combing operations are on in the area," the officials said.

In a tweet, Odisha Chief Secretary AK Tripathy confirmed the death of four Maoists and appreciated the bravery of the security personnel involved in the operations.

Congrats to Officers & Jawans of Odisha Police on successful ops in Kandhamal.Their brave action is much appreciated .Death of 4 Maoist confirmed . This strengthens our resolve to free our state from extremism and spur all round development in the state.@IPR_Odisha@CMO_Odisha

The fierce encounter was detailed in a press release which stated: "During a search operation, the police party saw a large group of Maoists camping in the jungle area. The police party tried to approach them but suddenly heavy fire came from the side of Maoists. The police party gave their identity and asked the Maoists to surrender but they paid no heed. They were continuously firing from sophisticated automatic weapons and also lobbing grenades. Due to this, some police personnel also got injured. When police party fired in self defence, the Maoists fired for some more time and finally they escaped taking cover of dense jungle conditions (sic)."

Bodies of four Maoists, two men and two women from the BGN (Bansadhara-Ghumusara-Nagabali) division of the outlawed CPI- Maoist were found after the firing had died down and the police launched a search operation.

The identity of dead Maoists is being verified.