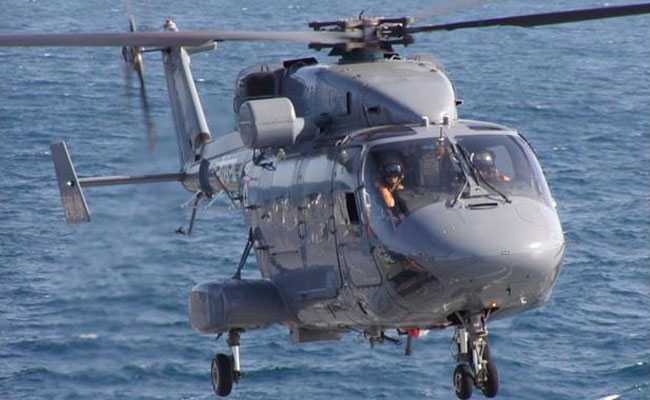 Four Indian firms including Tata, Adani, Mahindra Defence Systems and Bharat Forge have been shortlisted by the Indian Navy as strategic partners for the project involving a deal worth Rs 25,000 crore for indigenous manufacturing of 111 Naval Utility Choppers.

Under the first project of the strategic partnership policy of the Narendra Modi government to develop indigenous industry's defence manufacturing capacity, 111 light helicopters have to be built indigenously through joint ventures between Indian and foreign firms.

The Navy will now take the case to the Defence Acquisition Council with the shortlisted names of both Indian and foreign manufacturers for the ambitious project to get the approval from the government for its shortlist and take the process forward.

Sources said a total of eight Indian companies had shown interest in becoming strategic partners including a public sector undertaking but only four have been shortlisted by the force which will use the new choppers to replace its fleet of Cheetah/Chetak helicopters.

The Strategic Partnership model was first envisaged under the leadership of late Manohar Parrikar during his stint as defence minister and gained shape later under Nirmala Sitharaman.

The strategic partnership model envisages tie-up between Indian and foreign firms leading to the acquisition of niche technologies and setting up of modern production facilities in India.

Under the plan, the first 16 helicopters have to be delivered from the OEM's overseas production facility and the remaining 95 helicopters Are to be manufactured in India by the selected strategic partner form.