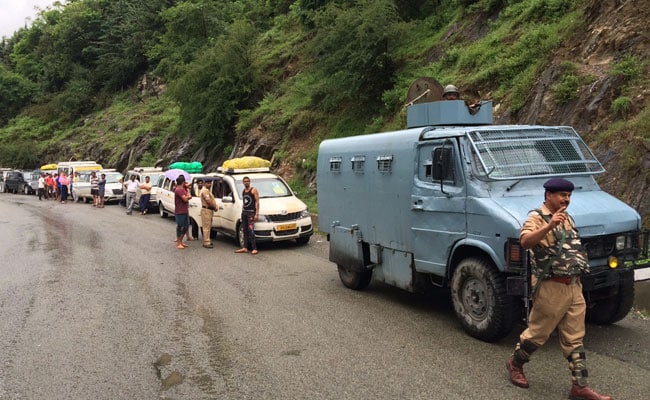 The duration of the Amarnath pilgrimage varies every year (File)

New Delhi: Fifty-three pilgrims have been killed in 36 terror attacks during Amarnath yatra in the last 27 years, union Minister of State for Home Hansraj Ahir said in the Lok Sabha today. "From 1990 till date, 36 terrorist attacks have been reported on Amarnath yatris in which 53 were killed and 167 were injured," Mr Ahir said while replying to a written question.

He said arrangements are being made by the Jammu and Kashmir government with the help of the centre to strengthen security for pilgrims.

Eight pilgrims were killed in the last terror attack in Jammu and Kashmir's Anantnag district on July 10.

Replying to another question, Mr Ahir said the duration and schedule of the pilgrimage is based on decisions taken by the Shri Amarnathji Shrine Board every year. The yatra's duration is decided by the extent of snowfall in the preceding winter and the date on which Raksha Bandhan falls, when it is traditionally concluded, he said.

Promoted
Listen to the latest songs, only on JioSaavn.com
He said the pilgrimage's duration of varies every year. This year, the pilgrimage started on June 29 and will end on Raksha Bandhan on August 7.