The students panicked after centre-imposed restrictions in Jammu and Kashmir meant they lost contact with their family. With over 2,300 kilometres between them and Srinagar, they approached the Sikh Gurudwara Committee for help 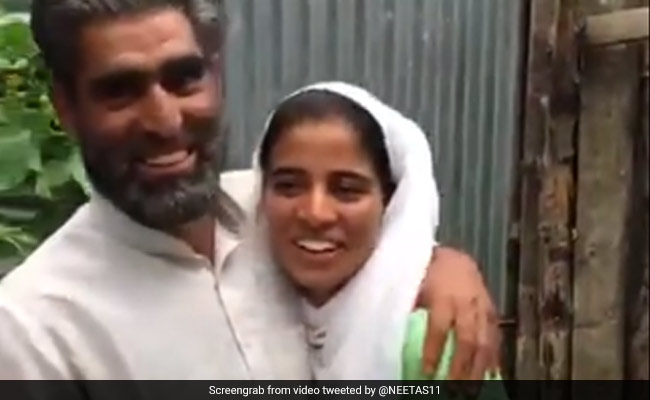 In a heart-warming display of compassion and humanity, members of gurudwara committees in Pune and Delhi joined hands to arrange for the safe return of a group of Kashmiri students to their homes across the troubled region.

The students - a group of 32 girls - had panicked after centre-imposed restrictions on phone and internet services in Jammu and Kashmir meant they lost contact with their family. Alone, with limited funds and with over 2,300 kilometres between them and Srinagar, they approached the Sikh Gurudwara Committee in Pune for help.

Help was promptly given.

Flight tickets to Delhi were booked by the Pune committee, members of which personally escorted each student from their respective hostels and PGs to the airport.

Once in Delhi, members of another gurudwara committee took over and arranged for transportation to Srinagar. The travel arrangements also included chaperones to ensure the students' safety.

A video of one of the girls being reunited with her father, who identifies himself as Mohammed Shami, has been posted online, with the relief and happiness on their faces clearly visible. As the father repeatedly thanks his daughter's rescuers for their help, in the background the young girl and her mother share an emotional moment.

Now this is #India - where one community helps other - 32 Kashmiri girls studying in Pune panicked whn thy lost communication with their families post abrogation of Article 370 shutdown in #Kashmir. The girls approached the Sikh Gurudwara committee4help in going back 2thr homes pic.twitter.com/Tr7Nv11coV

In the video, Mohammed Shami offers the chaperones, led by a Sikh man in a yellow turban, a cup of tea but is told there are still more girls they must help to their families.

Jammu and Kashmir has been hit by stringent security restrictions imposed by the centre to quell protests over its decision to withdraw special status and split the state into two Union Territories.

These measures include snapping of phone and internet connections, making communication between residents and friends and family members around the world difficult, if not impossible. The government has claimed these restrictions, needed to maintain law and order, will be eased in phases.

Today, a section of schools and all government offices opened in Srinagar but attendance was thin.

Officials claim two-thirds landlines have been restored in the Kashmir Valley and mobile internet services will be back after a review of the security situation.

Mobile internet had been snapped in Jammu on Sunday, barely days after it was fully restored. While the administration blamed a mechanical glitch, local sources said it was disconnected to keep the peace during a rally by right wing groups.