India is a major manufacturer of anti-TB drugs for the world, having almost an 80 per cent global market share. 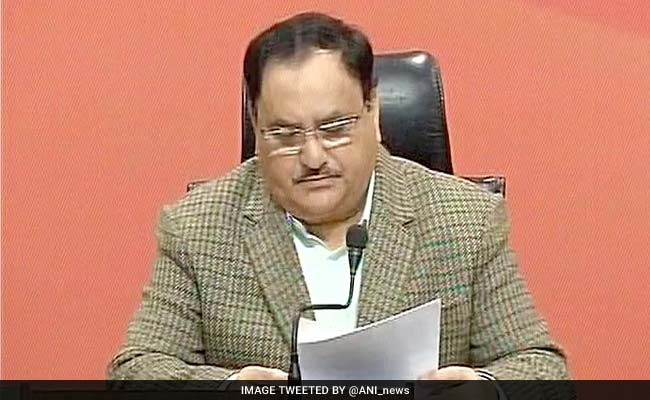 New Delhi: Over 30 million tuberculosis patients residing in remote areas have been screened as part of special campaigns, Union minister J P Nadda said today as he underlined India's commitment to eliminate the disease by 2025.

The health minister said the country has already eradicated polio, and will use similar intensified efforts to end tuberculosis (TB).

India is a major manufacturer of anti-TB drugs for the world, having almost an 80 per cent global market share, he said.

The government will now be mounting interventions for tuberculosis in urban slum areas through the 'urban health mission', Mr Nadda said during the first 'WHO Global Ministerial Conference on Ending TB in Sustainable Development Era' at Moscow.

The minister pointed out that in order to provide access to patients in difficult to reach areas, both socially and geographically, the government has started active TB case finding campaigns in selected areas.

"We have already completed two such campaigns covering 257 districts and screened over 30 million vulnerable persons and detected over 15,000 additional TB cases.

"We are planning the next campaign in December. We will now be mounting interventions for TB in urban slum areas through the urban health mission," he said.

"This plan requires a significant increase in the budget compared to previous NSP and I am happy to share with you that this plan is fully funded and most of this is through domestic resources," he said.

The health minister said since there were many major challenges for TB control in India, the government's priority is "reaching the unreached".

"The government will ensure access to care for some vulnerable populations such as tribals, people in urban slums etc. Early diagnosis of patients and putting them on the right treatment and ensuring their complete treatment is crucial" Mr Nadda said.

Stressing that India was a major manufacturer of anti-TB drugs, the minister said, "There is a wide scope for us to sit together and discuss about promoting generic drugs for TB patients all over the world".

He observed that 25 per cent of the budget has been earmarked for direct interventions in this (TB) area.

The health ministry is also organising a side event at the conference on 'Ending TB: Our Promise to Our People'.