"She Had Milk": UP Official After 5-Year-Old Allegedly Died Of Hunger 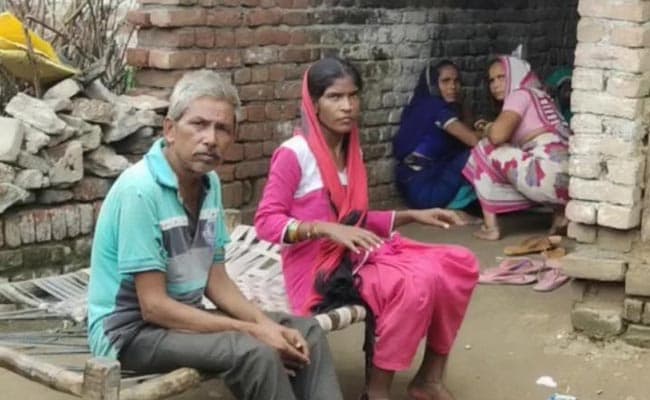 Three days after a five-year-old girl died in Uttar Pradesh's Agra, from what her family said was starvation, the district administration has acknowledged the death and that the family is extremely poor. The administration has, however, claimed the child died from illness.

On Sunday the NHRC (National Human Rights Commission) issued the UP government a notice on this issue. The commission issued the notice the Chief Secretary and called for a detailed report within four weeks.

The report, the commission said, would have to mention relief and rehabilitation provided to the family and action taken against erring officials.

"A five-year-old innocent girl has apparently died due to starvation and illness while a number of social welfare schemes run by the central and the state government exist," the NHRC said in its initial observations.

Today the Agra District Magistrate responded in a 90-second video, claiming the girl had died from an illness; the five-year-old girl had been fed milk on the day she died, he said.

"We found that she had been vomiting and had diarrhoea for six days. On the day of her death she had been fed milk and had vomited. Her mother works as a daily wager. By the time she got home the child was dead. The family is poor but cause of death is illness," Prabbhu N Singh, the Agra District Magistrate, said in a 90-second video released today.

Mr Singh also said a team of officials had been sent to the girl's village to inquire which of the government's social welfare schemes had failed her and why.

The family of the girl told the media she had been living with her parents and sister at Agra's Nagla Vidhichand village. According to reports her family had been without work for around a month; the father is unable to work because of an illness.

"There was nothing to eat at home... not a morsel. We used to ask our neighbours for help or sleep early. A brother of mine died during demonetisation," Pooja, the sister of the dead girl, told the media on Friday.

The family have also claimed they have neither food nor a ration card. Electricity supply, they said, had been disconnected over a year ago after they failed to pay a bill of Rs 7,000.

Also on Sunday, Congress leader Priyanka Gandhi Vadra wrote about the incident on social media, demanding to know why the Yogi Adityanath government in UP was unwilling to listen to the voices and concerns of the poor.