Arvind Kejriwal and Bhagwant Mann of the AAP and Congress veteran Ashok Gehlot will address different rallies in Gujarat. 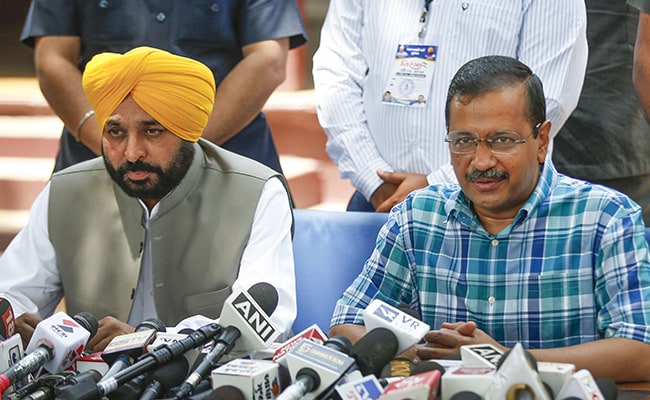 Arvind Kejriwal and Bhagwant Mann are on a three-day Gujarat visit since Friday. (File)

The two AAP leaders are on a three-day visit to the BJP-ruled Gujarat from Friday.

AAP national convener Mr Kejriwal has visited Gujarat multiple times in the recent past and offered a number of 'guarantees' to the people of the state if his party is voted to power.

Rajasthan Chief Minister and Congress veteran Gehlot will also address three rallies in Gujarat on Sunday, the third day of his visit to the state where polls to the 182-member Assembly are due this yearend.

He will first address a public gathering at Virampur in Banaskantha, followed by rallies at Khedbrahma in Sabarkantha district and Bhiloda in Aravalli district.

On Saturday, Mr Gehlot claimed the BJP was getting 95 per cent of the total donations made through electoral bonds as donors were not providing funds to other parties out of fear.

He accused the BJP of even "threatening" corporates, who wish to donate to the Congress and other political parties.

He also targeted the AAP and Mr Kejriwal, saying they spend money for suppressing any negative news against them.

The schedule for the Gujarat Assembly polls is yet to be announced.