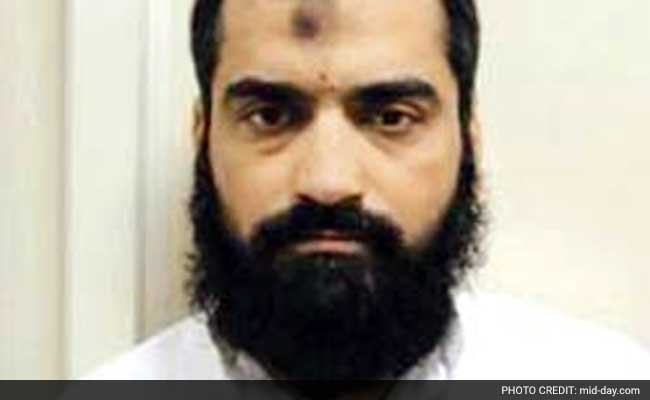 Ajmal Qasab's handler Abu Jundal, who is accused of a central role in the 26/11 attacks and charged with waging war against India, has gone on a hunger strike in the Arthur Road Jail, claiming that the windowless cell he has been kept in for three years gets no air and no sunlight and asking to be shifted to the Anda cell so that he can get access to at least these things.

Jundal has also alleged that this and the fact that he is not allowed to step out of the cell for long periods is leading to mental stress. He alleged that atrocities are also being committed against him by jail authorities who want him to confess.

All this forms part of an application that was moved by Jundal before the Special MCOCA court on Wednesday and his lawyer Asif Naqvi told mid-day that, because of all these things, he keeps saying that, "Aise karke mujhe bhi Qasab ki tarah maar denge" (I will also be killed like Qasab)

Rejection
Naqvi said that Jundal had first moved an application asking for the transfer last year. "The first application had said that he wants to be transferred to the Anda cell, as there he could at least get some light and some air, which was rejected by the Special MCOCA Judge this week."

He added, "After the first application was rejected, we filed a second application on Wednesday stating that Jundal has gone on a hunger strike and that atrocities are being committed against him by jail authorities, who keep telling him to accept his guilt.

He is also feeling very isolated in solitary confinement as there is no air, no light and he has not been brought out of the jail for a long time. The judge asked me to tell my client not to go on a hunger strike, to which I replied that I cannot force him."

"The main agenda behind both applications is to ensure that he gets access to things like some air and sunlight at least. This will be possible in the Anda cell because there is at least a window there, unlike the windowless cell he has been kept in currently," said Naqvi.

Charges
Jundal, who was nabbed in Suadi Arabia and deported to India in 2012, was accused of a central role in the 26/11 attacks and waging war against India.

Investigators claim audio recordings establish that Jundal was based in a control room in Pakistan during 26/11, passing instructions on the phone to the terrorists who had fanned out across Mumbai with grenades and machine guns, killing 166 people in 2008.