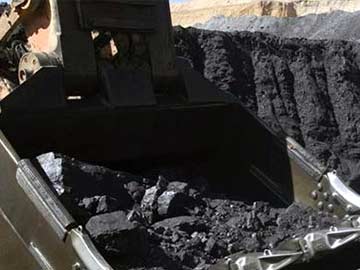 New Delhi: The Supreme Court today cancelled all but four of 218 coal block allocations by the government over the past two decades, in a tough verdict that has major implications for the energy sector.

Most power, steel and cement companies that won coal blocks between 1993 and 2011 will have to return them. The government is now free to auction or allot the blocks to central firms.

About 40 companies that had started operating have been given six months' breathing time to wind up business. They have to pay a fine of Rs 295 for every metric tonne of coal mined, which, some estimates say, could amount to a total of 8,000 to 10,000 crores.

"This will affect our production costs, product cost and economy in the long run," said Pradeep Tandon, Executive Vice President of Jindal Steels, one of the affected companies.

On August 25, the court had ruled that said coal blocks were allotted through an "ad-hoc and casual" approach "without application of mind". It said, "Common good and public interest suffered heavily in the unfair distribution of the national wealth - coal."

The court's decision stems from 2012 allegations by the national auditor that the government underpriced coal mines and gave away as much as $33 billion or Rs 1.86 crores in windfall gains to companies in the scandal that has come to be known as "coal-gate".

Promoted
Listen to the latest songs, only on JioSaavn.com
Coal fuels more than two-thirds of the power generated in India, and while the number of power plants has grown, various court cases and red tape have slowed coal output growth.

India is suffering from critically low coal supplies which it needs to fuel power plants. Blackouts are common in the country of 1.2 billion people.