Government Railway Police has registered 27 cases, Railway Protection Force has filed 54 cases and 21 arrests have been made till date, officials said. 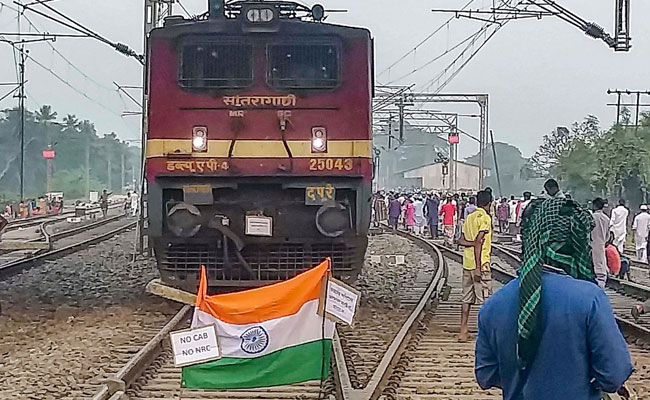 The Indian Railways has identified 21 people who have been arrested so far for being involved in vandalism and arson of its property during the anti-CAA protests in West Bengal, Assam and Bihar, a senior RPF official told PTI, stating that recoveries to the tune of Rs 87.99 crore will now be made from them.

Days after the Citizenship (Amendment) Act (CAA) was passed by the parliament, protests broke out in many parts of the country with violent clashes between the agitators and police leading to a number of people being detained and arrested. Angry protestors burnt buses, laid siege on tracks and even burnt train coaches.

Officials said till now, the Government Railway Police has registered 27 cases, the Railway Protection Force has filed 54 cases and 21 arrests have been made in connection with arson and violence causing damage to railway property.

"Notices will be sent by the commercial department to those arrested in order to make recoveries," a top official of RPF told PTI.