The 5 Weapons In Delhi's Fight Against COVID. Arvind Kejriwal Explains

Arvind Kejriwal admitted his government had been surprised by the rate of increase in cases after "Unlock1", the first post-lockdown phase that came into effect June 8

The Delhi government is conducting nearly 20,000 COVID-19 tests per day, the most in the country, and has 13,500 hospital beds for those infected by the virus, Chief Minister Arvind Kejriwal said Saturday morning while outlining a five-pronged response to the rising tide of cases in the city.

Declaring "hum gali gali mein test karte hain (we're testing in every street)", Mr Kejriwal also admitted his government had been surprised by the rate of increase in cases after "Unlock1", the first post-lockdown phase, which came into effect on June 8.

"We had anticipated that post lockdown cases will rise but they increased more than we expected. We had two options. One was to extend lockdown. The second was to fight the virus. The lockdown had to end at some time, so we decided to fight," Mr Kejriwal told Delhi residents in a brief video message.

"We decided on five weapons to fight coronavirus. First was to increase number of hospital beds. By declaring some private and government-run hospitals as COVID-dedicated centres we added 3,500 beds. Now 40 per cent of all hospital beds will be reserved for coronavirus patients," he said.

The Chief Minister said a further 2,000 beds were available at a temporary COVID-19 facility in south Delhi - the Radha Soami Spiritual Centre, a 12.5 lakh square feet space that will have 10,000 beds.

In addition to hospitals the government has taken over hotels and banquet rooms in the city, despite objections from some owners, to act as temporary COVID-19 care facilities the Chief Minister said.

Mr Kejriwal also said his government was working to increase the number of COVID-19 testing labs and would provide oximeters (a small device used to monitor oxygen in the blood) to all those in home isolation whose oxygen levels had dropped below 95. 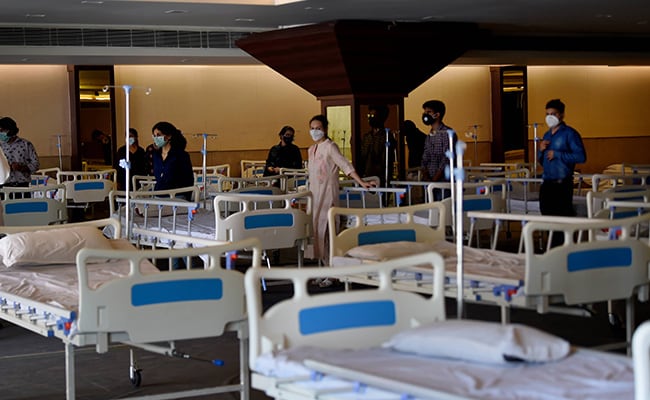 Arvind Kejriwal said today that there were enough beds, right now, to tackle the coroanvirus crisis

Other points mentioned by the Chief Minister were plasma therapy and an "extensive and exhaustive screening" process to identify and isolate COVID-19 patients as soon as possible.

"Delhi was the first to try plasma therapy. They may not help those who are in a critical condition but are effective on those who have moderate symptoms," he said, adding, "We will take it (the survey) to every home in Delhi to see where the coronavirus is and then decide how to tackle the virus".

The "extensive" survey started today - a serological survey across a cross-section of Delhi districts and spanning men and women of all ages. Serology (antibody) tests are largely used for surveillance and can reveal insights on immunity against the novel coronavirus.

"All I can say is that at the end of these robust steps, Delhi will win and coronavirus will lose," Mr Kejriwal said.

Delhi is battling a massive surge in COVID-19 cases, with over 3,000 new cases reported in each of the past three days; on Friday 3,600 new cases were reported, taking the total number past 77,000. 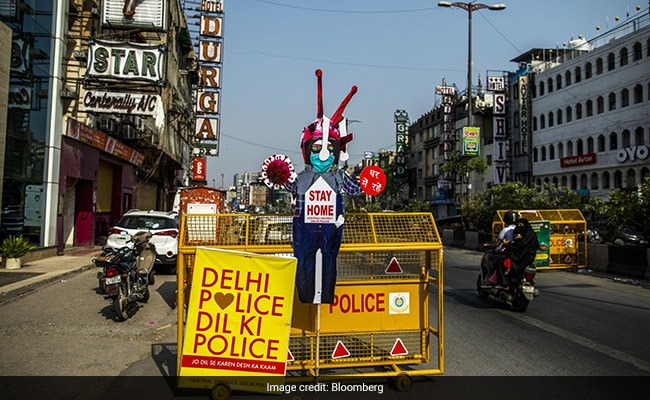 The spike in cases led to the government scrambling to find enough beds and ventilators (machines to temporarily take over the body's breathing process in case of respiratory difficulty). It also led to a scathing reprimand from the Supreme Court, which said it was "horrendous, pathetic and horrific".

In its observations the top court also questioned the Delhi government over the fall in daily testing, pointing out that Mumbai and Chennai, two similarly affected cities, had more than doubled their tests.

Following the top court's remarks Mr Kejriwal and Union Home Minister Amit Shah held a series of meetings that led to several measures being taken, including the dispatch of 503 specially-fitted railway coaches to act as COVID-19 centres for people with mild to moderate symptoms.

The Delhi government has also said that it will screen every house in Delhi by July 6 to identify and isolate all COVID-19 cases.

The joint effort by the centre and Delhi government has led to some friction between the BJP at the centre and the AAP in Delhi, with Mr Kejriwal this week requesting the centre to withdraw an order directing all patients to visit a government-run quarantine facility for evaluation.

Across India the number of coronavirus cases has crossed five lakh, with over 18,000 reported on Friday, Health Ministry data showed this morning. The country remains the fourth worst-affected by the virus, with only the United States, Brazil and Russia faring worse.