2 UP Teens Die By Suicide; One Was Allegedly Gang Raped, Another Harassed

The two incidents come amid nationwide outrage over the alleged gang rape and torture in Uttar Pradesh's Hathras of a 20-year-old Dalit woman, who died at a hospital in Delhi. 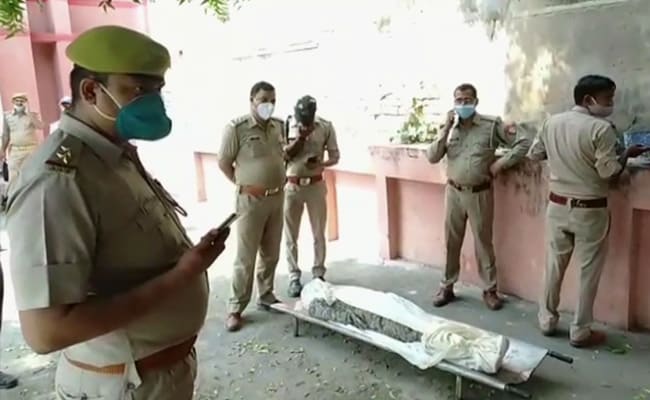 The Chitrakoot teen died by suicide as her complaint was not registered, her family said.

Two minor girls died by suicide in Uttar Pradesh in separate incidents on Tuesday, one after she was allegedly gang raped and the other, after allegedly sexual harassment.

A 14-year-old Dalit girl in a village in Chitrakoot distrct, 237 km from state capital Lucknow, died by suicide at her home last night. Her family alleges that she was gang raped by three men in a forest area on October 8 when she had gone to the toilet. The accused allegedly left her with her hands and legs tied.

"She somehow dragged herself close to the house. We then called the police. The police then clicked a photo of her in that condition and untied the ropes. They asked her if she know the boys. She denied. The cops said the report will be filed after finding out who the boys are," the girl's mother told NDTV.

The girl died by suicide as her complaint was not registered, her family said.

K Satyanarayan, Inspector General of Police, Chitrakoot range, told NDTV that two police officials have been suspended for laxity. One of the accused has been arrested while search is on for the other.
Mr Satyanarayan and District Magistrate Sheshmani Pandey had met the family of the girl last night.

Her mother said three men in their neighbourhood had been harassing her for the last six months. She jumped into the well after the men allegedly entered their home on Tuesday and harassed her.
Senior police officer Anurag Arya said cases have been registered against the three men based on the girl's family's statements. While one person, Guddu, has been arrested, search is on for the two others.

The two incidents come amid nationwide outrage over the alleged gang rape and torture in Uttar Pradesh's Hathras of a 20-year-old Dalit woman, who died at a hospital in Delhi last month.

Chief Minister Yogi Adityanath said that the cases of violence against women be tried in fast-track courts and crimes against minors to be tried under POCSO Act.

"Officials instructed to give immediate help to families of victims. Potent prosecution proceedings to be conducted for punishing such crimes. The district administrations of Agra, Chitrakoot and Pratapgarh have been instructed to conduct swift and effective investigations into the recent cases. Senior officers have been instructed to assess crime scenes at earliest and give security to victims'' families," Yogi Adityanath said in a statement.