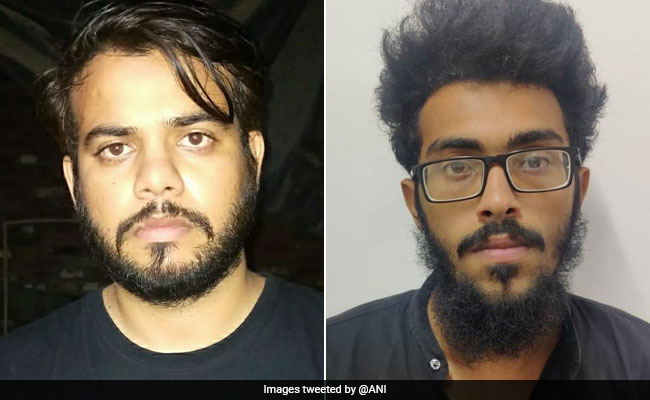 The two terrorists caught by the Delhi Police for running a terror module for Pakistan's spy agency, ISI, were planning to carry out blasts on bridges, railway tracks, and large gatherings in India, sources told NDTV, adding that 1.5 kg RDX were found from their possession when they were caught by the Special Cell earlier this week.

"Such a large quantity of RDX is enough for wide-scale destruction," the officials who are privy to the investigation said.

Sources claimed that the role of sleeper cells has also emerged during the interrogation. "More arrests will be made in the coming days," said an official.

During the interrogation, Zeeshan and Osama also told officials that they had taken a sea route to enter Pakistan through Gwadar Port. They also used a motorboat while en route to Pakistan from Oman.

At least 15 Bengali-speaking persons were also trained by the ISI in a farmhouse in a town named Jioni near Gwadar port along with two arrested terrorists, sources said. Police suspect they are from West Bengal.

A Maharashtra ATS team is in Delhi for meeting Special Cell officers and a joint interrogation of the suspects is likely, officials said.

The two Pakistani-trained terrorists were arrested on Tuesday by the Delhi Police Special Cell. Six operatives of the Pakistan organised terror module were also arrested during the raid.

The arrested suspects were planning to carry out targeted killings and blasts across the country, as per the police.