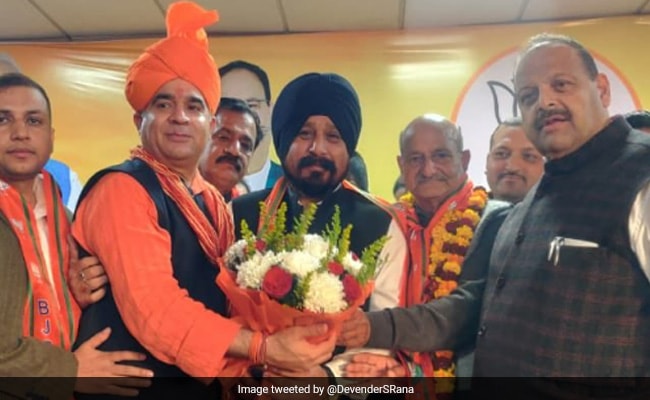 Two National Conference leaders and more than 200 political and social activists joined the BJP here today in the presence of the party's Jammu and Kashmir unit president Ravinder Raina.

Former legislator Devender Singh Rana, who switched to the BJP from the National Conference last year, welcomed the new members at the party office.

"When I joined the BJP, a number of my colleagues accompanied me to the national party to strengthen the hands of Prime Minister Narendra Modi. Today once again, I am blessed to facilitate the entry of my former colleagues into the BJP. They were the assets of the National Conference as most of them have been associated with it for decades," Rana said.

He said their joining would further strengthen the BJP, especially in the Nagrota Assembly constituency.

"They are here because of the pro-people policies of the Modi government," Rana said.

Welcoming the new entrants into the party fold, Jammu and Kashmir BJP chief Raina said the party was getting support from all sections of society because of its mantra of "sabka saath, sabka vikas and sabka vishwas".

"The people of Jammu and Kashmir have decided to support BJP which is evident from the large joining of prominent political workers and social activists.... We all have to work together and make sure that the BJP achieves its mission of 50-plus seats in the next assembly elections to form the government and have its own chief minister," he said.