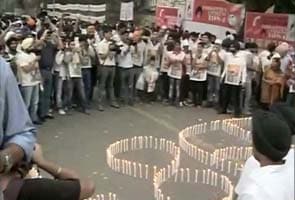 New Delhi: Thousands of Sikhs marched to Parliament Street in New Delhi on Saturday on the 29th anniversary of the anti-Sikh riots to seek justice for the victims of those killed during the violence. They also submitted a memorandum to the Prime Minister to reopen cases.

The memorandum asked Prime Minister Manmohan Singh to facilitate reopening of cases which have been closed by the police without any trial and appointment of special investigation agency and constituting fast track courts.

"The government will have to do something. The campaign will be continue," Mr Phoolka told IANS.

Promoted
Listen to the latest songs, only on JioSaavn.com
India Against Corruption (IAC) member Prashant Bhushan said, "We are fighting against the system. This system failed to provide justice to victims family in any carnage."

Writer Kuldeep Nayar said, "The carnage was a shame on India that cannot be forgotten."