18 Years After He Went Missing in Siachen, Soldier's Body is Found 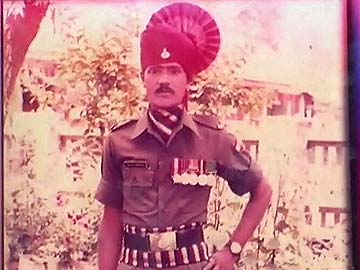 Temperatures at Siachen can drop as low as minus 60 degrees Celsius.

Srinagar: The army has found the body of a soldier 18 years after he went missing on the Siachen glacier in Kashmir.

"The body was discovered in a frozen state last week," superintendent of police Sunil Gupta told news agency AFP by phone from Leh, 450 kilometres (281 miles) from the region's main city of Srinagar.

Mr Gupta said the soldier, whose body will be sent to his home in Uttar Pradesh, had likely been hit by an avalanche. The body was identified using papers in the soldier's pocket.

"It was a nightmare to bring the body back and took five days," he added.

At more than 18,000 feet (5,700 meters) Siachen is known as the world's highest battleground, and temperatures there can drop as low as minus 60 degrees Celsius.

Promoted
Listen to the latest songs, only on JioSaavn.com
An estimated 8,000 troops have died on the glacier since 1984, almost all of them from avalanches, landslides, frostbite, altitude sickness or heart failure rather than combat.