18 Skeletons, "Neatly Washed", Were Being Smuggled In Bengal; 4 Arrested 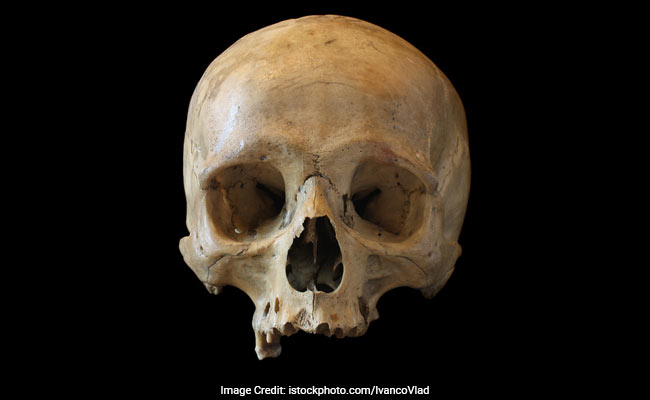 Police seized the "neatly washed and cleaned" human remains from a village in the Burdwan district.

Police seized the "neatly washed and cleaned" human remains from a village in the Burdwan district on Sunday that led to the arrest of four men allegedly part of an international smuggling ring.

"The skeletons, neatly washed and cleaned were about to be smuggled and sold. We suspect that they are part of an international skeleton smuggling racket," Anuj Sharma, West Bengal's deputy police chief, told news agency AFP.

Mr Sharma said the recovery was part of a larger consignment that was being smuggled out of the area.

Investigators have identified the recipients of the cache that they suspect was stolen from graveyards in the Muslim dominated district.

In 2006, violence broke out in the village over the security of graveyards after police seized more than 20 human skulls, with locals demanding armed guards protect the burial sites.

A year later 50 skulls were recovered from the same district.

India banned the trade of human bones in 1985 after coming under pressure from human rights groups that argued the practice violated the basic principles of humanity, but it simultaneously forced the trade underground.

Before the ban, many poor families were selling the corpses to smugglers to save on cremation or burials costs in the poverty-stricken region.

Local gangs steal corpses from burning pyres and graves, with many relying on morgues that sell them unclaimed bodies for few thousands rupees.

West Bengal is notorious for the illegal trade and has become a hub of the thriving industry, with thousands of human skeletons smuggled out of India every year to Nepal, China and Bangladesh.

The skeletons are often sent to the US, Japan, Europe and the Middle East where they are used as specimens in medical colleges. Some of them are sent to China to be used in the production of aphrodisiac drugs.

Over the years, police have recovered thousands of skeletons from West Bengal, Bihar and Jharkhand states.

Police in Bihar recovered about 1000 skulls from the banks of river Falgu in the ancient Buddhist town of Bodhgaya in 2004.