Reports said 4 died in Siddharthanagar, 3 in Deoria, 3 in Basti, 2 in Ballia and 1 each in Azamgarh, Kushinagar, Maharajganj, Lakhimpur and Pilibhit. 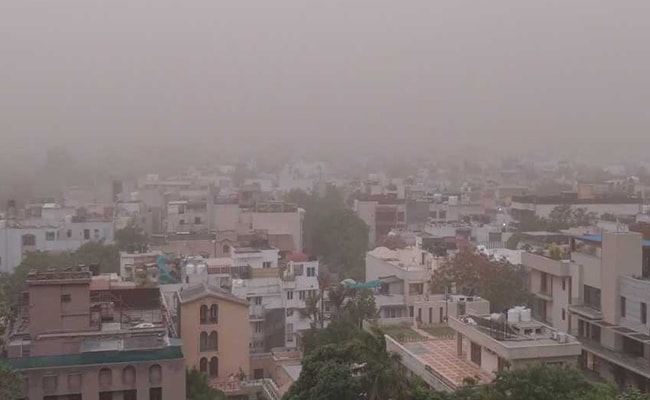 Seventeen persons have died in separate incidents of dust storms, lightning and rain in various parts of Uttar Pradesh in the past 24 hours.

According to reports, four persons died in Siddharthanagar, three in Deoria, three in Basti, two in Ballia and one each in Azamgarh, Kushinagar, Maharajganj, Lakhimpur and Pilibhit.

In Basti district, Brijbhan Yadav died when lightning struck. He was working in his fields despite heavy rains.

Thirty-year-old Vishal died in Debrua village in Basti when a tree fell on him. He was returning from a medicine shop. His eight-year-old nephew Golu, who had accompanied him, has been admitted to the hospital in a critical condition.

Budhna, 65, was sitting in the field when a tree fell on her, killing her on the spot. The incident took place in Dumariaganj in Siddharthanagar.

In Deoria district, Shubham, 22, died when an electric pole fell on him in Bhulwani village in Deoria. In Gauribazar, in the same district, a woman Israwati, 55, was killed when lightning struck. In the same village an eight-year-old boy died when a wall collapsed on him.

Chief Minister Yogi Adityanath has expressed grief over the loss of lives and has directed district officials to provide all help.