The none of the above (NOTA) option, which indicates disapproval of all the candidates in a constituency, accounted for 1.06 per cent of the total votes polled in this general elections. 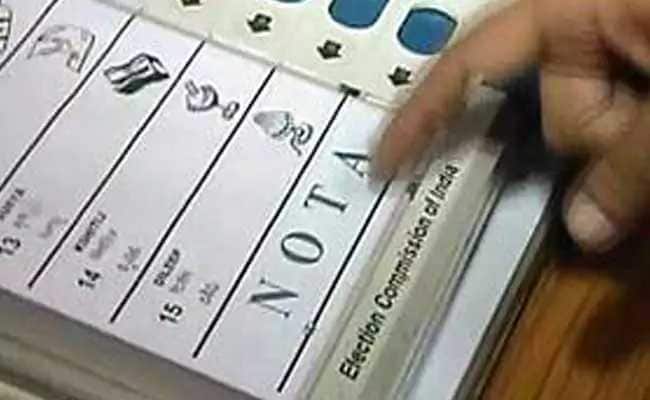 7 political parties with one seat each in Lok Sabha could garner less than half a per cent of the vote.

Of the 36 political parties, whose representatives were elected to the 17th Lok Sabha, 15 got fewer votes than NOTA. Many of these parties contested only a handful of seats.

Parties with three seats -- the Communist Party of India-Marxist (0.01 per cent votes), the Jammu & Kashmir National Conference (0.05 per cent votes) and the Indian Union Muslim League (0.26 per cent votes) -- received less number of votes than NOTA.

The Shiromani Akali Dal (SAD), the All India Majlis-E-Ittehadul Muslimeen, the Communist Party of India (CPI) and the Apna Dal won two Lok Sabha seats each. But they separately accounted for less than one per cent of the total votes cast.

As many as seven political parties with one seat each in the Lok Sabha could garner less than half a per cent of the vote.

While the Kerala Congress (Mani) got 0.07 per cent of the total votes, the Mizo National Front received 0.04 per cent and the Naga Peoples Front 0.06 per cent.

Single-seat baggers Nationalist Democratic Progressive Party received 0.08 per cent and the Sikkim Krantikari Morcha 0.03 per cent of the total votes.

None of the Above2014 Lok Sabha elections

Driver Gives Lift To Men For Money. They Use Chilli Powder To Steal SUV