Nadeem fell into 54-feet deep borewell on Wednesday when he was playing. A rescue operation for the boy was launched soon after. 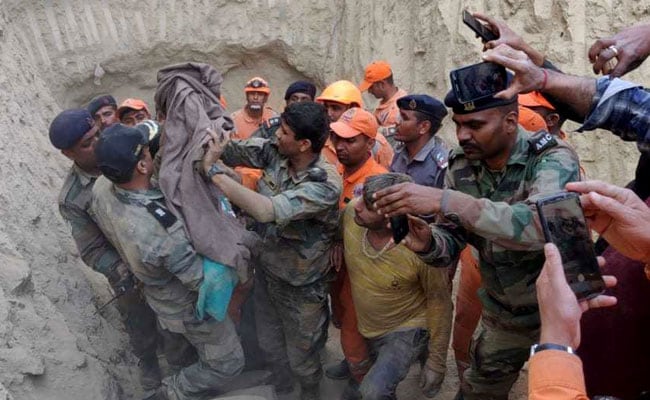 After his rescue, the boy was taken to Agroha Medical College for a medical checkup.

A 15-month-old boy was rescued on Friday after a massive 48-hour long operation was carried out jointly by the Indian Army, National Disaster Response Force (NDRF), and the district administration, with the help of villagers in Haryana's Hisar district.

Nadeem fell into 54-feet deep borewell in Balsamand village on Wednesday when he was playing. A rescue operation was launched soon after.

Seven JCBs, eight tractors and Army vehicles were used to dig a tunnel running parallel to the borewell, through which Nadeem was safely evacuated. Over 300 villagers contributed in the rescue operation, officials said.

Two ambulances were kept on stand-by near the borewell in case of an emergency.

Deputy Commissioner, Hisar, Ashok Kumar Meena appreciated the Indian Army, NDRF and the villagers for the success of the rescue operation and congratulated them.

After his rescue, the boy was taken to Agroha Medical College for a medical checkup.