Coronavirus Bihar: Mr Paswan also said that a total of 12.97 lakh metric tonne of foodgrains has been allotted to the state as part ofthe Pradhan Mantri Garib Kalyan Ann Yojana "over and above the regular allocation made under the Act". 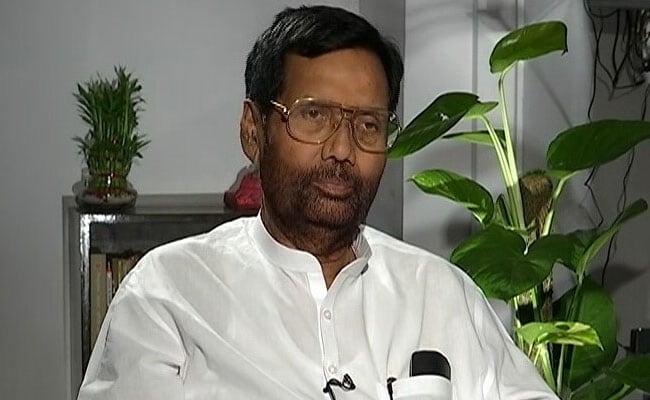 Bihar has highest number of people not getting food security benefits, the union minister said (FILE)

Bihar has the highest number of people not getting benefits under the National Food Security Act (NFSA) for want of ration cards, and the Centre has asked for their details to expeditiously provide them food, a much-needed relief during the lockdown, Union minister Ram Vilas Paswan said on Thursday.

The lockdown is imposed in the country till May 3 to prevent the spread of the novel coronavirus.

The consumer affairs, food and public distribution minister said that the NFSA is supposed to cover 71 crore people across the country.

However, 39 lakh of these 71 crore people are not receiving benefits as they do not have ration cards, he said.

"Among these 39 lakh poor people, Bihar accounts for 14 lakh. There are some other states, too, but Bihar has the maximum number of such people. I spoke to Deputy Chief Minister Sushil Kumar Modi on this matter recently," the Union minister told news agency PTI over the phone.

"We are going to send a written request to the state government for providing us with a list of such people. This would enable the Centre to expeditiously provide them with food under the provisions of the Act, a much-needed relief during the nationwide lockdown," he said.

The minister also said that the state was home to "8.71 lakh people eligible for benefits under the Act. But, as of now, the number of beneficiaries stands at 8.57 lakh only".

Mr Paswan also said that a total of 12.97 lakh metric tonne of foodgrains has been allotted to the state as part ofthe Pradhan Mantri Garib Kalyan Ann Yojana "over and above the regular allocation made under the Act".