A 13-year-old girl died and 12 others were taken ill due to suspected food poisoning at their residential school at a village near Mirzapur. 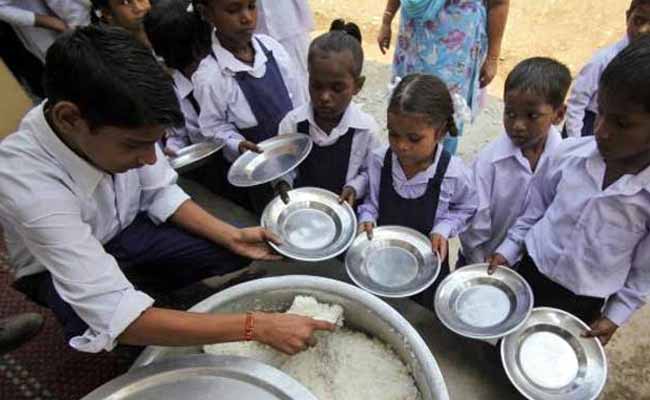 The district administration has order a magisterial probe into the incident. (Representational)

A 13-year-old girl died and 12 others were taken ill due to suspected food poisoning at their residential school at a village near Mirzapur, prompting the district administration to order a magisterial probe into it on Sunday.

While the incident occurred at Kasturba Gandhi Awasiye Balika Vidyalaya at Bahuar village of the district on Saturday, the magisterial probe was ordered shortly after Union Minister and Mirzapur MP Anupriya Patel's visit to the school on Sunday.

Ms Patel assured the family members of deceased Naina Devi, a class 7 student, that strict action would be taken against the guilty persons.

"Thirteen girls fell ill yesterday after having their afternoon meal. Efforts were made to treat the girls at the school itself, but when their conditions did not improve, they were sent to the hospital," said Chunar Sub-Divisional Magistrate Chatrapal Yadav on Sunday.

"13-year-old Naina was declared dead at the hospital. She was a student of class 7," he said, adding the remaining 12 girls were discharged after treatment.

The girls had been given rice, daal, roti and sabji in the lunch, said the school hostel warden Madhurani Dubey, adding of the 90 students in the school, 13 fell ill due to "food poisoning."

The warden has been suspended, said District Magistrate Anurag Patel.