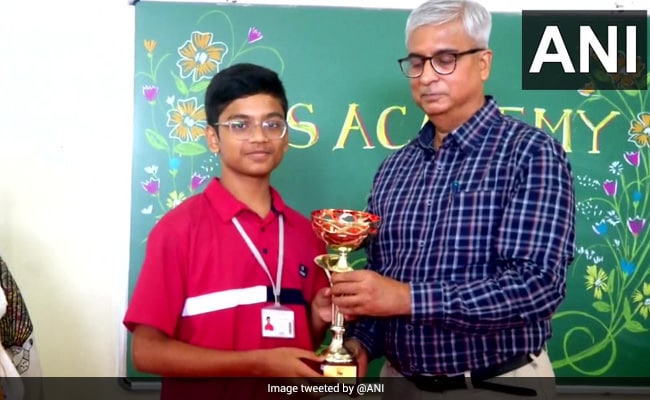 Sivram started learning computers when he was in class 4th.

Arnav Sivram from Coimbatore, Tamil Nadu, has become one of the youngest people to have learnt 17 computer languages at the age of 13.

Speaking to ANI, Sivram revealed that he started learning computers when he was in class 4th. “I have learnt 17 programming languages including Java and Python,” the 13-year-old added.

I started learning computers when I was in 4th grade. I have learnt 17 programming languages including Java & Python, he said pic.twitter.com/FTehgFHrBt

Further, Sivram claimed, “I am one of the youngest children to have learnt 17 computer languages at the age of 13.” He also went on to say that he plans to create Artificial Intelligence for auto-pilot in India with low investment.

Internet users lauded the 13-year-old for his achievement. One user wrote, “Amazing. That hunger for learning is what leads to success.” Another said, “You have bright future congrats.” A third user simply called Sivram “extraordinary”.

Meanwhile, this is not the first time that a young one has set an example. Back in May, in a rare accomplishment, a 10-year-old girl from Mumbai became one of the youngest Indian mountaineers to climb the Everest base camp, a trek which she completed in 11 days. Rhythm Mamania, a class 5 student from MET Rishikul Vidyalaya in suburban Bandra, reached the Everest base camp on May 6. The base camp is situated at 5,364 metres.