Read inOther Languages
This Article is From Apr 07, 2020

The growth is slower than Monday's when 704 new coronavirus cases were reported but in line with that seen in the three days before it. 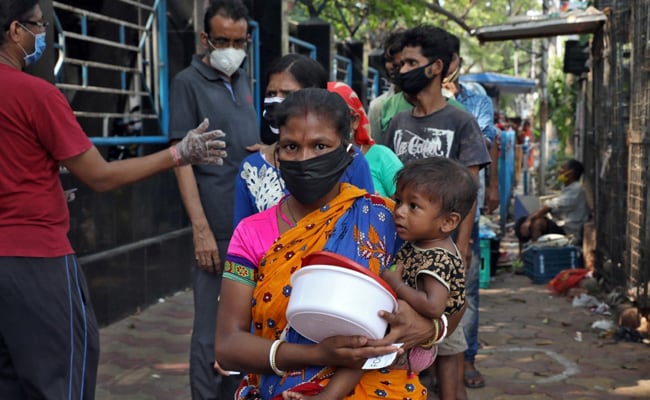 While the lockdown has stopped a surge in coronavirus cases, it has created a crisis for the poor.

India registered 508 new coronavirus cases in the last 24 hours, the government said on Tuesday, taking the total to 4,789 while the number of deaths rose to 124 with 13 new ones.

The growth is slower than Monday's when 704 new cases were reported but in line with that seen in the three days before it.

The number is also relatively less than some countries such as the United States where fatalities from the respiratory disease has topped 10,000.

But he has faced criticism for ordering the lockdown with barely four hours' notice and could reach a decision this week about whether to extend it.

Shuttering down the $2.9 trillion economy has left millions of people without work and forced those who live on daily wages to flee to their homes in the countryside for food and shelter.

The 21-day lockdown is set to end next week but several state leaders have called for an extension or only a partial lifting of restrictions, saying is the only way to avoid a coronavirus epidemic that will be difficult to tackle.

Telangana Chief Minister K Chandrasekhar Rao, whose state has been hit by a rash of cases tied to a Muslim religious gathering in Delhi last month, said the country could take the hit to the economy and that it was more important to save lives.

"I am for the lockdown of the country further more after April 15. Because, we can recover from the economic problem. But, we cannot get back lives," KCR, as he is popularly known, told reporters.

Assam and Chhattisgarh too have said they would like to keep the state borders closed or allow only restricted entry while they dealt with the infections.

18 Labourers, Sleeping On Road, Killed As Truck Rams Bus In UP