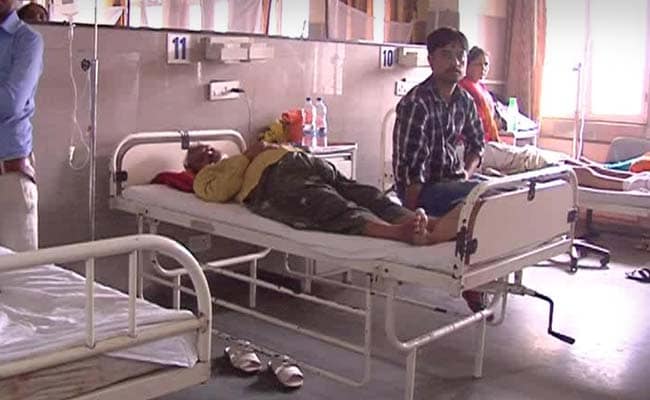 An advisory has been issued to government and private hospitals in both states. (File photo)

Chandigarh: Seven more deaths due to swine flu were reported in Punjab in the last four days taking the death toll to 24, while in Haryana four persons including three women died of the H1N1 virus.

The patients who died because of the virus over the fortnight belonged to Bathinda, Muktsar, Ferozepur, Faridkot, Ludhiana, Fatehgarh Sahib, Moga and Mansa. Notably, till January 20, swine flu had claimed four lives in the state.

"Out of 165 samples collected in Punjab, 51 have been tested positive," Mr Grover said.

In neighbouring Haryana, four deaths due to swine flu have been reported.

The patients who died belonged to Hisar, Fatehabad and Jind districts, she said, adding out of 47 samples collected, 13 were tested positive.

In Chandigarh, there has been casualty because of swine flu so far. "Out of 21 samples collected so far, three cases have been tested positive," a health official said.

"We are concerned about the fact that why patients are coming to hospitals at late stage. If people with swine flu symptoms come early, they can be treated very well. We have sufficient number of Tamiflu tablets etc for the treatment," Mr Grover said.

All government hospitals in the state have been directed to set up separate wards to treat patients with swine flu. An advisory has already been issued to government and private hospitals to provide immediate treatment to suspected swine flu patients without conducting tests.

The testing, which is free of cost, for influenza is being conducted at Government College Amritsar and PGIMER, Chandigarh, Mr Grover added.