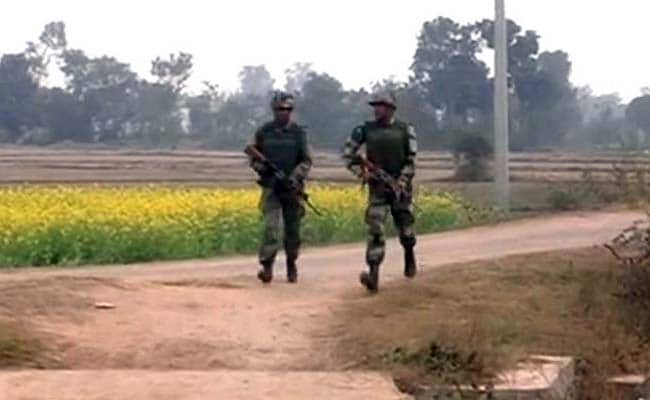 Jammu: A group of four or five terrorists were holed up for several hours in an abandoned army bunker near the border with Pakistan. 11 people - four terrorists and three army soldiers were killed in the encounter which began at 8 am.

Four civilians were also killed when the eight terrorists, who reportedly crossed from Pakistan this morning into India through Arnia in the Jammu region, commandeered a vehicle.

They had used the Maruti car to drive to the bunker, which was located near the Kathar area of Arnia. They were dressed in fatigues which resembled Indian army uniforms.

It's not clear if they shot at an army column on patrol before taking refuge in the bunker. Senior army sources said that ceasefire violations by Pakistan at the border this morning may have served as cover for the militants to cross over. However, the Border Security Force denied this.
"There are a group of four to six militants now firing from inside the bunker," Deputy Inspector General of Police Shakeel Beig told news agency AFP earlier today.

Promoted
Listen to the latest songs, only on JioSaavn.com
Prime Minister Narendra Modi is scheduled to visit Udhampur which is near Arnia tomorrow to address rallies for the state election. Voting is being held over five days; the first phase - on Tuesday - saw a record voter turnout of nearly 72 per cent.

This morning's attack comes as Prime Minister Modi and Pakistani premier Nawaz Sharif are attending the SAARC summit in Kathmandu in Nepal. The meeting is aimed at boosting trade between almost a quarter of the world's people. But apart from pleasantries, the two leaders have not spoken - tension between the countries peaked last month with the exchange of the heaviest gunfire in a decade at the Kashmir border, killing more than 20 people.