11 Dead in Targeted Killings in 12 Hours in Kokrajhar, Assam 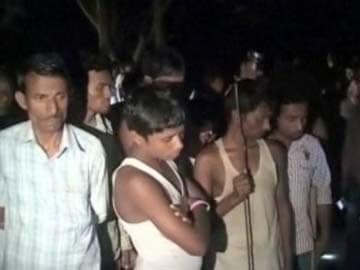 Kokrajhar in Assam is tense after 11 killings in 12 hours

Kokrajhar: 11 people have been killed since yesterday in Assam's Kokrajhar district, which had seen ethnic violence two years ago.

The state Government has sent in 10 companies of para military forces to control the situation and have asked the Army to be in standby as these areas had seen large scale riots between Bodos and Muslims in 2012.

Eight people, including two children and four women, were killed when suspected rebels of the outlawed National Democratic Front of Bodoland opened fire at a village in the Tulsibil area of Kokrajhar. Three people were injured.

Three more people were killed earlier, allegedly by the same rebels, in the Baksa area, which is a part of the Bodoland Territorial Council in Kokrajhar.

The rebels have been fighting for a separate homeland for the region's ethnic Bodo people.

The latest round of violence comes just days after voting in the region for the national election on April 24.
Comments
Kokrajhar ethnic clashes